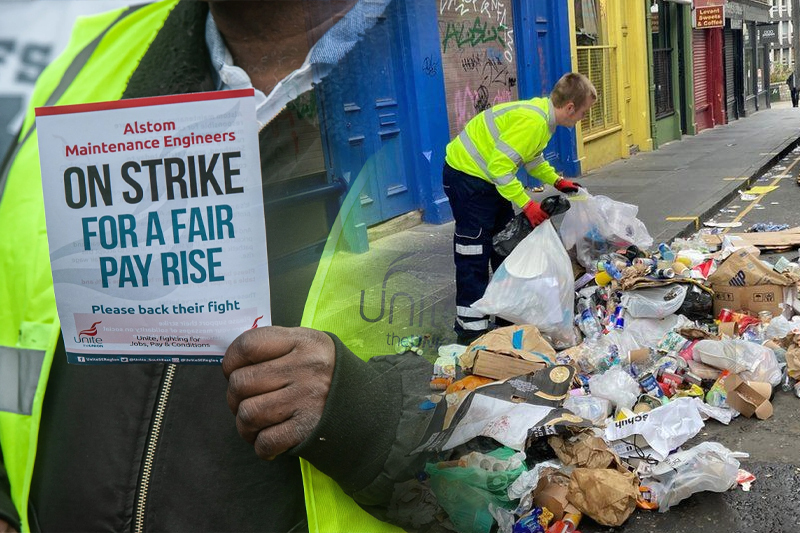 edinburgh bin workers back after 12 days of strike

Scotland – The unions went on strike on 18 August at the height of the Edinburgh Festival over a wage dispute with local authority Cosla.

After the first wave of strikes by municipal waste bin workers came to an end, a major sweep is underway in Edinburgh. The strike in the capital ended at 04:59 a.m. as debris continues to pile up in other municipal areas in Scotland.

On Monday, Unite, GMB and Unison confirmed that further strikes would be held following the rejection of the wage increase offer.

Edinburgh City Council said additional resources will be committed to support the cleanup.

Public Health Scotland has warned of the human health risk of overflowing trash bins and has advised councils to decontaminate areas where trash bins have overflowed.

The unions pressed Cosla for an agreement similar to the one with municipal workers in England, which included a £1,925 increase in the flat rate.

The wage dispute has led to action by scavengers in two-thirds of Scottish councils, as well as the closure of schools and kindergartens. Edinburgh launched the first of a series of strikes across the country after GMB, Unite and Unison rejected an initial wage offer equivalent to a 3.5% increase.

The action escalated last week when scavengers in another 20 local governments left despite a revised 5% offer. Workers in 13 districts are still on strike until Wednesday.

The second wave of strikes is due to start on September 6, with hundreds of schools and kindergartens also due to close from September 6 to 8. The action, affecting Angus, Dundee, Perth and Kinross, will take place from 7 to 9 September.

On Monday, Unite and GMB rejected another offer from Cosla, while Unison said it would pass it on to its members.

Cosla’s offer of a £1,925 pay rise was in line with that offered to municipal workers in England. The unions said this meant employees with lower pay would not benefit as much as those with higher pay.