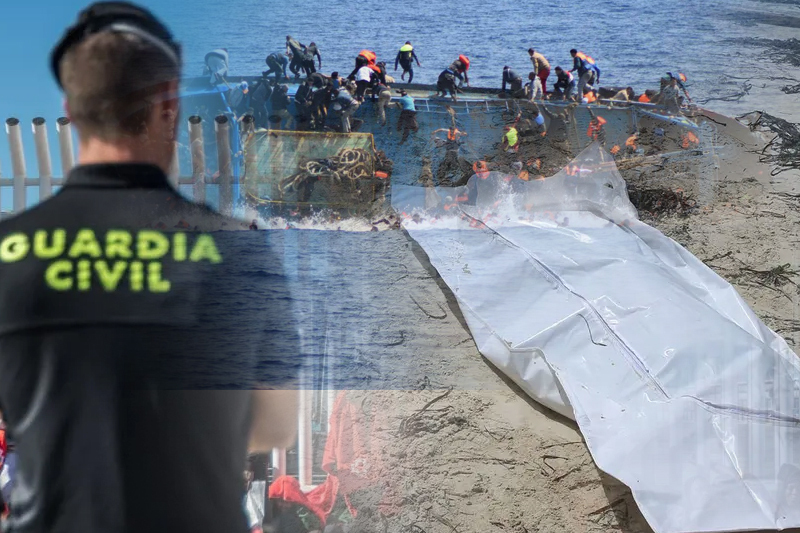 Spain – Spanish police said they found the bodies of seven alleged migrants near the southern Mediterranean coast. The bodies were found floating in the water Sunday afternoon and Monday morning off the coast of Alicante and Murcia, police said in a statement.

Most likely, these people were migrants of North African origin who left their country and sailed on a makeshift boat.

The bodies were taken to the Institute of Forensic Medical Examination to determine the cause of death, sex, age, and possibly their nationality.

On Saturday, a man traveling alone in a six-meter boat, drifting with the current and without a motor, was rescued further north towards Cabo de la Nao.

The police are investigating if there is a connection between this incident and the seven dead bodies.

At least 16,378 migrants have arrived in Spain by sea since the beginning of 2022, according to government statistics.

In the first six months of the year, 978 migrants died or went missing at sea trying to reach Spain, according to the NGO Caminando Fronteras.

Caminando Fronteras has published a report on the migration routes to Spain for the first six months of 2022. The main data is that in the first six months of 2022, 978 people died en route to Spain, 41 of them minors. 800 of them died on the Canary route. 18 boats disappeared with all the people on board, and 87.83% of the victims went missing at sea and their bodies were never found.