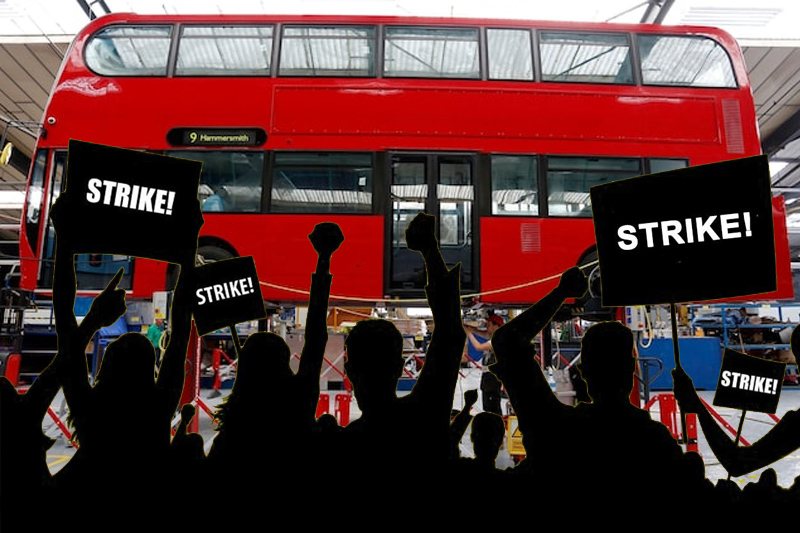 UK – Unione Unite said about 400 bus makers and painters will be on strike until Friday. The second round should start on October 3rd and will last until October 14th.

Hundreds of workers at Scottish bus manufacturer Alexander Dennis (ADL) have launched a wave of strikes after rejecting a wage offer.

The company, which has bases in Camelon and Larbert, said on Monday that it was disappointed with the upcoming strikes. According to the union, the company’s latest offer was a 4% increase from April to October, which would then increase to 6.6% from October. Unite said the proposal represented a “significant reduction in real wages” in the face of rapidly rising inflation.

This underscored ADL’s “healthy order book” after the company won contracts to build 172 eco-friendly buses under the second round of the £40.5m Scottish Ultra-Low Emission Bus Scheme.

Unite Industrial Officer Pat Egan said: “Unite has engaged ADL in direct talks for months now to find a resolution to this pay dispute. However, despite having a very healthy order book, the company refuse to make our members an offer which their world- class work deserves. Our members have been forced by the company to take this strike action and they will continue to take action until the company sees sense.”

A spokeswoman for Alexander Dennis said they were disappointed that the unions representing their Camelon factory did not accept their latest offer and that they would continue with their strike plans. “This action comes despite our sincere and best efforts to reach a fair and reasonable agreement.” – she said.

In 2019, ADL was acquired by the Canadian group New Flyer Industries (NFI). In 2020, according to the union, 270 out of 850 jobs have now been cut. In August 2020, the firm entered consultation following a “significant drop” in demand for new cars in the UK as a result of the Covid pandemic.