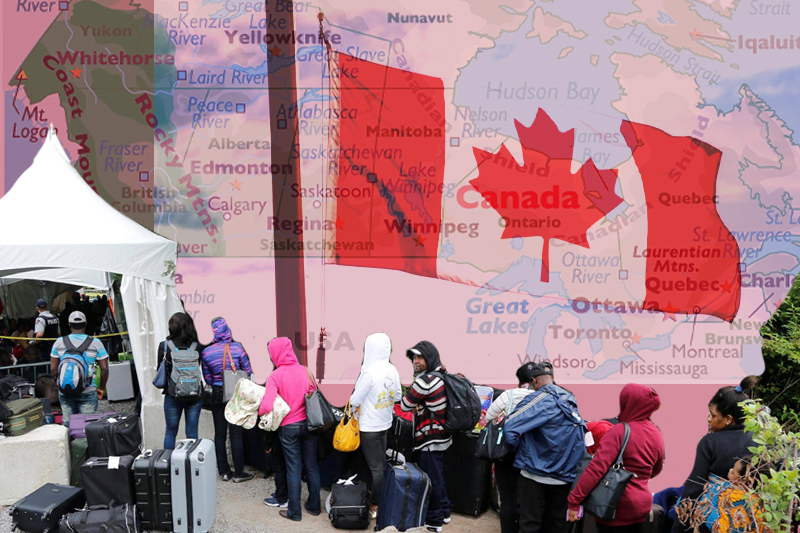 Canada – Speaking to reporters during a virtual briefing Wednesday, undocumented worker and human rights activist Danilo De Leon said he and others without status could not wait any longer.

Migrant rights advocates in Canada have again called on Prime Minister Justin Trudeau’s government to grant residency to all foreign workers, students and other undocumented individuals in the country when Parliament resumes next week.

The press conference, hosted by the Migrant Rights Network, will take place just days before rallies across Canada demand permanent status for all, a call that has been gaining momentum among civil rights activists for months.

While regularizing the immigration status of workers and others without permanent status has been a long-standing requirement, it has become even more urgent as the COVID-19 pandemic has exposed systemic problems in several of the industries in which these workers work.

Human rights organizations estimate that more than a million migrant workers, students, refugees and others are in Canada without permanent immigration status, and hundreds of thousands more are undocumented.

Many work as domestic workers, in the healthcare or care sectors, or in Canada’s highly profitable agricultural and food sectors. And activists say the system that links many of these workers to their Canadian employers leaves them vulnerable to abuse and little opportunity to defend their rights because they face the threat of being fired.

Last month, Jamaican farm workers brought to Canada as part of a special temporary migration program said in an open letter that they were “treated like mules” and abused and threatened by their bosses. “As it currently stands, [the Seasonal Agricultural Worker Program] is systematic slavery,” they said. Jamaica has since said it plans to send a special fact-finding team to Canada to investigate the workers’ claims.

On Sunday, just a few days before the resumption of the Parliament of Canada in Ottawa, rallies will be held in Toronto, Montreal, Vancouver and several other cities across the country demanding permanent status for all.

Organizers say they hope public pressure will force the government to act now.