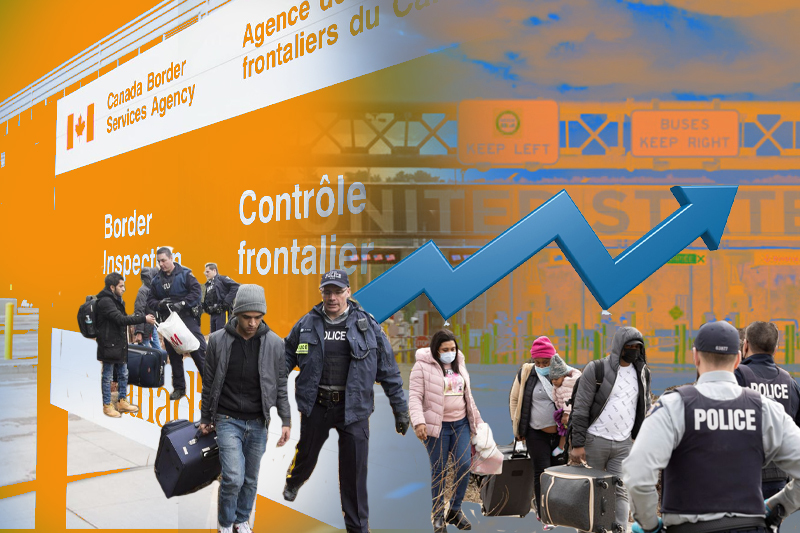 Federal police data shows the number of asylum seekers entering Canada at unofficial crossings along the country’s border with the United States hit its highest level since 2017 as Ottawa prepares to defend a pact barring most of those who arrive through official crossings. borders.

That’s up 13 percent from all of 2017, when the Canadian government first started tracking the numbers amid a rise in unofficial border crossings, especially at Wroxham Road, which links the Canadian province of Quebec and the US state of New York.

The report comes just days before the Canadian government is set to go to the Canadian Supreme Court to defend a bilateral deal with the US that has drawn widespread criticism from human rights groups.

Signed in 2002, the Safe Third Country Agreement (STCA) obliges asylum seekers to apply for protection in the first country they arrive in, be it the US or Canada. The idea behind the agreement is that both countries are “safe” and offer people access to fair refugee status determination systems. In practice, this means that most people attempting to apply at a Canadian port of entry return to the US.

But Canadian law allows asylum seekers to apply for protection after arriving in Canada — a loophole that has forced thousands in recent years to make the sometimes dangerous crossing of the 6,416 km (3,987 miles) land border between the US and Canada.

The Supreme Court of Canada will hear a legal action against the STCA on October 6, human rights groups involved in the case said. They argued that the US was not a safe country for refugees and said the agreement violated Canada’s constitution, known as the Canadian Charter of Rights and Freedoms, as well as international law. Human rights activists also said this puts asylum seekers at risk, forcing them to make more dangerous journeys to cross the border.