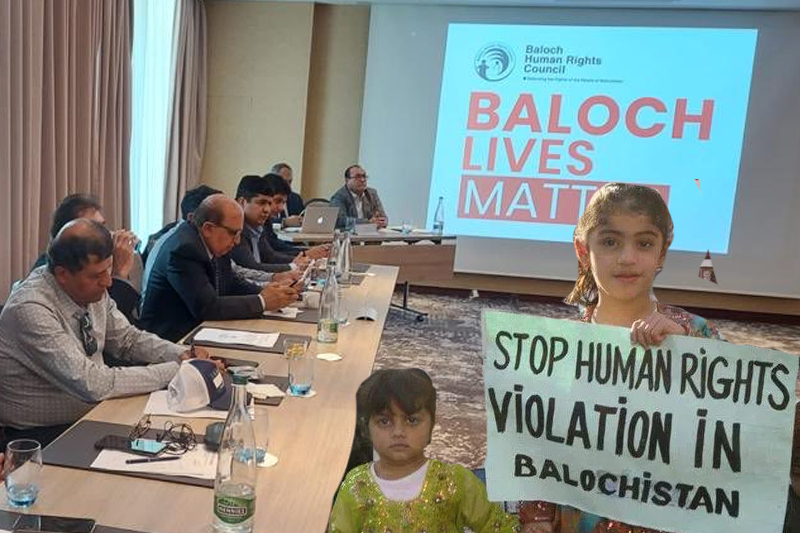 Intellectuals, analysts, and advocates for human rights discussed many facets of the human rights atrocities Pakistan committed in Balochistan.

Additionally, a video detailing various facets of Balochistan’s human rights breaches was screened. Many features, according to the analysts, clearly constitute crimes against humanity. These activities are what they classified as genocide.

Pakistan is not a civilised nation, according to Razzak Baloch, organiser of the BHRC USA Chapter. It solely cares about the money and resources of the Baloch. They are not interested in Balochs. The message is crystal clear—they are kidnapping and killing people. Pakistan must be expelled by the UN. Pakistan must be expelled from the human rights council in the same manner that they expelled Russia.

The United Nations was urged in the seminar declaration to dispatch a fact-finding team to Balochistan to look into the crimes against humanity.

“On the 51st session of the UN Human Rights Council, we request the UN to send a fact-finding mission to Balochistan and trial all those culprits who committed crimes against humanity, the Pakistan Army and those in secret services, should be tried at International Court of Justice,” said Samad Baloch, the president of the Balochistan Human Rights Commission.

Before it’s too late, the participants pleaded with the international community to act in Balochistan.

It is commonly accepted that the word “Balochistan” comes from the name of the Baloch people. It is likely that the Baloch were known by a different name in their country of origin and that they only came to be known as “Baloch” when they arrived in Balochistan sometime in the 10th century because the Baloch people are not referenced in pre-Islamic texts.