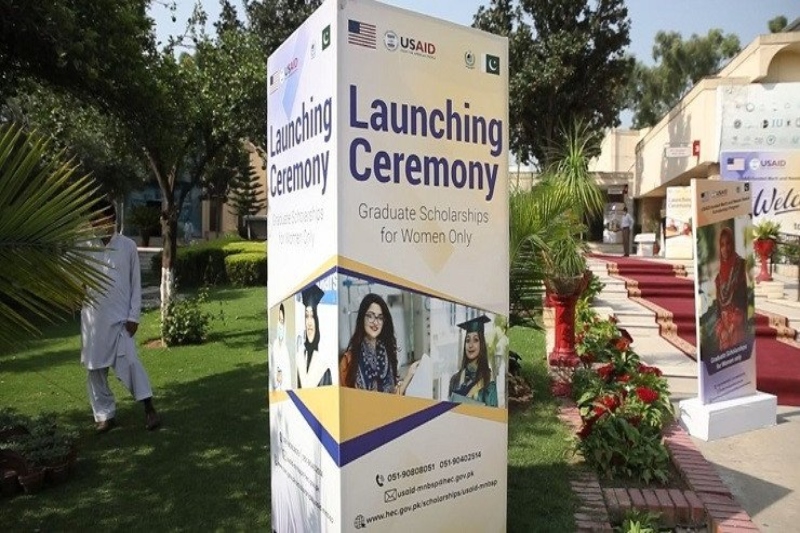 The United States embassy in Pakistan has announced additional 700 scholarships for Pakistani women with graduate level degrees. On Thursday, the US embassy announced scholarships for women in partnership with the Higher Education Commission.

The embassy also said that the scholarship will be awarded to women who can pursue their master’s degree in fields like agriculture, business, engineering, health sciences and social sciences. The statement also added that it will be a two year scholarship program starting from  this year lasting till 2023.

With this, the total number of students that the United States has been awarding scholarships from Pakistan has come to 6,000. These scholarships are granted under the US Agency for International Development’s Merit- and Needs-Based Scholarship Program (MNBSP).

A press release was released on Saturday where the Director of the USAID Deputy Mission Michael Nehrbass said that these fully funded 700 scholarships will be awarded to some of the most talented students at the graduate level. “It will help Pakistani women meet their higher education goals,” he emphasised.

The statement from the official sources also included the acknowledgment of Dr. Sania Nishtar, Special Assistant to the Prime Minister on Poverty Alleviation and Social Protection who thanked the USAID for investing in women’s scholarships and feeling the need to provide them an opportunity for higher education.

Even the executive director of HEC Dr. Shaista Sohail thanked their efforts for expanding MNBSP so that women can easily access higher education, which is also a shared goal of HEC.

The US has been making efforts to provide higher education to women in Pakistan since 2003. With the help of HEC, it has been identifying students with extraordinary talent but financially weak backgrounds to support and give them the scholarship.

“The US Agency for International Development’s Merit and Needs-Based Scholarship Program (MNBSP) awards scholarships to academically talented and financially disadvantaged students for university study,” said the official statement. According to the official website, the program is meant for disadvantaged people belonging from rural areas in Pakistan, especially areas such as northern Sindh, Balochistan, southern Punjab, Khyber Pakhtunkhwa among other tribal areas.