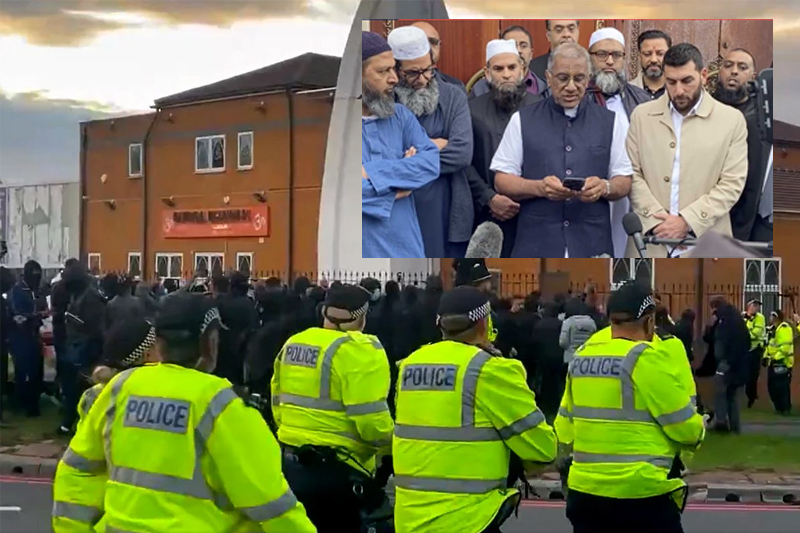 UK – South Asian women in Leicester, a city in England, have come together to call for unity after weeks of violence between men from Hindu and Muslim communities, in the wake of an India-Pakistan cricket match, affected the peace of the city.

A group of women leaders of South Asian heritage based in Leicester came together to fight back against what they termed “senseless violence” on their city’s streets between Hindus and Muslims.

In a joint appeal, the community leaders and local politicians from the eastern England region described Leicester as a great place to live and work and called for solutions to the violence created by men from Hindu and Muslim communities.

Reportedly, the group of women gathered outside the Town Hall in the centre of Leicester where Indian-origin councillor, Rita Patel, read out a joint statement. According to the statement, the group of women said, “We as Asian women from Leicester, call upon the people of this city to rally together and oppose the senseless violence that has torn apart our community over the last week.”

They condemned the violence. They said that whole neighbourhoods and entire families, particularly women, children and elders are now living in fear because of the violence between the two communities.

The statement further read, “It is now time for solutions. We ask the women of Leicester to join us in taking action against the violence. We know that when Leicester is united, it can never be defeated.”

The police have charged a total of eight people in Leicester related to the incidents of violence in recent weeks. They also confiscated weapons. Leicestershire Police Temporary Chief Constable Rob Nixon also called for a solution.

The Indian High Commission in London also condemned the violence perpetrated against the Indian community after the India-Pakistan match.