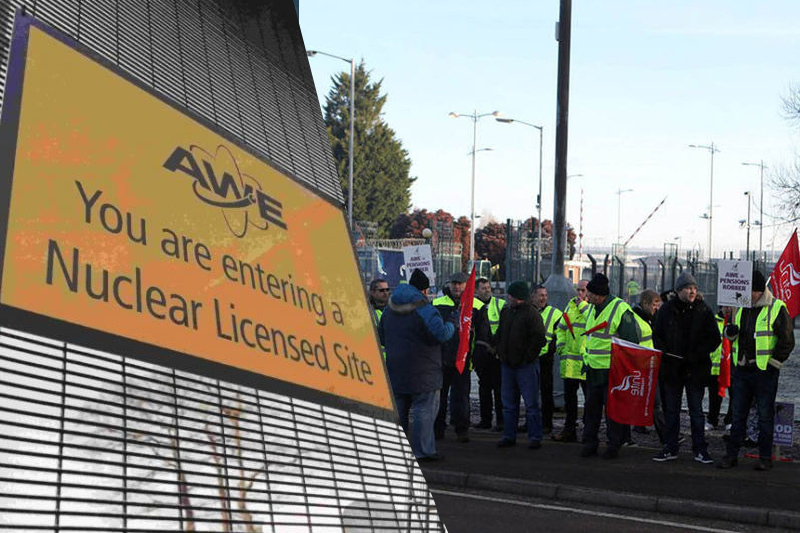 UK – Workers who support the UK’s nuclear deterrent will go on strike after a wage deal was rejected. Staff at the Atomic Weapons Establishment (AWE), based in Aldermaston, Berkshire, will be asked to vote on possible strikes on a ballot from Monday.

Prospect said its members were left with “no choice but to move to a formal vote” after unsuccessful salary talks.

A government spokesman said that in the event of a strike, contingency measures would be taken.

The union said its members were offered a 5% raise as well as an additional lump sum of an average of £780. It says they are not considering “real wage cuts” so the vote will be held within two weeks. Unione Unite said it was also preparing to vote on a possible workers’ strike. A spokesman said the salary offer “was actually a substantial pay cut.”

“Maintaining the UK’s nuclear deterrent securely is a complex and very demanding operation, requiring an extremely high level of dedication and training at all levels. is struggling with the basic cost of living, which is unacceptable in the context of this employer and its funding,” he added.

An AWE spokesman said: “AWE continues to work with its unions to work towards a satisfactory solution for all parties.”

A government spokesman stated: “The safety of AWE facilities is of the highest priority and in the event of a strike, pre-planned emergency measures will be taken to ensure the continued safety of operations.”