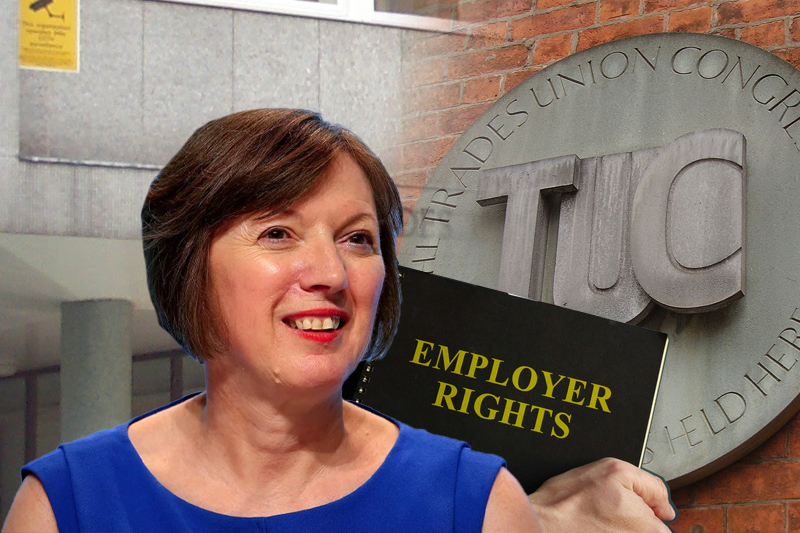 UK – Trade unions are ready to challenge the government if it tries to deprive workers of the rights, said the head of the Congress of Trade Unions. The government promised to change the rules for strikes.

TUC General Secretary Frances O’Grady called it “a cynical move to divert attention from the chaos they have caused”. But a government spokesman said he wanted the public not to pay the price for the “disproportionate strike.”

Ms O’Grady said the TUC has sought legal advice about whether the government’s plans to change the rules governing strikes violate the law. “Read my lips: see you in court!” she said at the annual TUC conference in Brighton.

Ms O’Grady delivered her final speech as leader of the TUC, the umbrella movement of the UK’s main trade unions. She is retiring after nearly a decade in office. She took the opportunity to highlight the “longest pay cut since Napoleon”, which she said has put British families on the brink of tearing apart. Workers would face two decades without a rise in real wages, she said, when inflation is taken into account.

A wave of strikes has already swept through the postal, communications and railway services. Barristers and dock workers were also on strike.

The government said it would do its best to keep disruptions to a minimum and said it was confident its proposals were in line with the UK’s domestic and international legal obligations. It says it “makes no apologies for taking steps to ensure essential services run as efficiently as possible, ensuring that the British public does not have to pay the price of disproportionate strikes.”

Under Prime Minister Liz Truss, the government proposed that unions be required to put wage proposals to a vote of members before going on strike. It also aims to pass legislation to ensure transport companies maintain a minimum level of service during strikes. The government said the strike should be the result of a positive union decision and that those who do not support the strike should be able to continue working in any labor dispute.