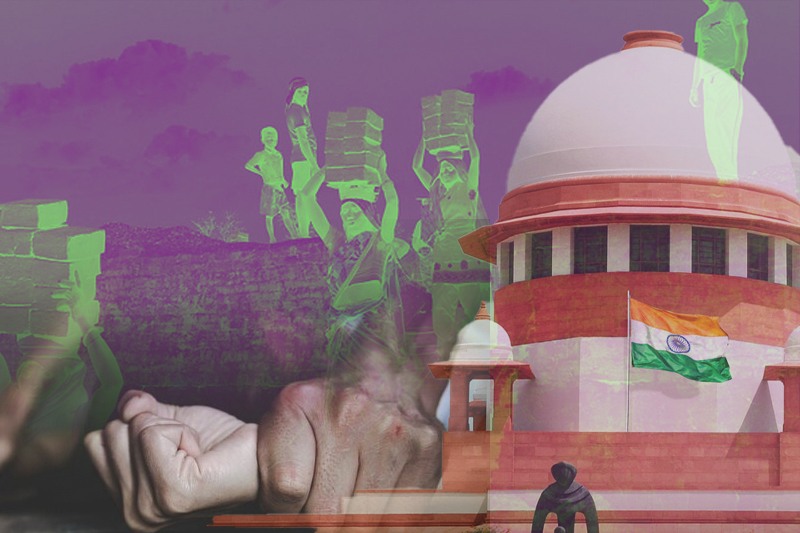 India – The Supreme Court of India said that there are no bonded labourers in the country and that a racket is running on the “pretext” of bonded labour.

A bench of Justice Hemant Gupta and Justice Sudhanshu Dhulia observed this while hearing a plea by late social activist Swami Agnivesh on behalf of a woman worker who was raped by an associate of a brick kiln contractor in the RS Pura sub-division of the Jammu region.

The bench observed, “They are not bonded. They take the money and come there and are engaged by brick kilns.”

The lawyer appearing for Jammu and Kashmir told the judges that a first information report (FIR) was filed in the case. However, the victim went untraceable, leading to the closure of the case in 2018.

The Apex Court in India said a detailed response has been filed on this matter. The SC also said that the Jammu and Kashmir government will take remedial steps.

According to the petition filed in 2012, an associate of a brick kiln contractor abused the woman. In 2012, the woman and her husband expressed their wish to return to their village but the contractor refused to release them unless they paid him Rs 3 lakh. The husband managed to escape from the camp, but his wife and child were kept under illegal confinement by the employers.

During the illegal confinement, the woman was repeatedly raped by the contractor and others. Later on, the police and NGO saved her. The survivor and her son were shifted to a rehabilitation home.

Earlier this year, Odisha-based NGO KBK Resource Centre and Visakhapatnam-based Samata said that child labour and child molestation took place at a brick kiln at Krishnapuram village in Visakhapatnam. The victim Raju Jal (40) came to the kiln with his wife and three children. However, he was not paid for his work. The employer also forced his four-year-old son to work. His wife revealed that the kiln owner’s son and his friends sexually molested her and her minor daughters.