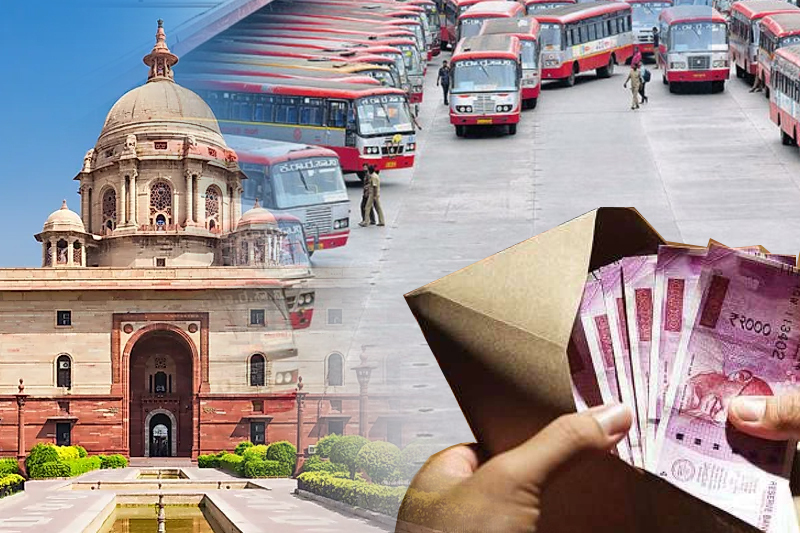 India – The government has sanctioned Rs 100 crore to the KSRTC (Karnataka State Road Transport Corporation) to disburse pending salaries to the workers. The order has been issued by Transport Secretary Biju Prabhakar. They will finally get their pending two months’ salary.

Nearly 28,000 employees of the KSRTC will receive the money on the condition that a single-duty system will be implemented. With this, the duty structure would change from a 16-hour double shift to a 12-hour single shift. Reportedly, duty will be fixed on a rotation basis in each zone in the state. Efficient officers will also be appointed as zonal chiefs.

Earlier, the workers objected to the KSRTC management’s proposal for a shift to the single-duty system. However, the Transport Secretary said that the budgetary allocation was sanctioned based on a meeting convened by Chief Minister Pinarayi Vijayan with trade union representatives on Monday. Earlier, the workers also complained that the families of the employees lost all patience when the management did not pay them salaries on time.

Currently, an employee who does 16 hours of double duty gets a day off. However, after the new condition, this will no longer be applicable and the employees will have to do a single duty of 12 hours. If the workers work for another 4 hours that would be treated as overtime and will get them double the basic pay and dearness allowance.

Reportedly, the CMD of KSRTC Prabhakar will now meet the officers to discuss the current rule. Employees want to be clear about their payment and the single-duty structure.

The KSRTC was set up in 1965 in the state. It made a profit only in the first year. Since 1966, it has been suffering due to loss.