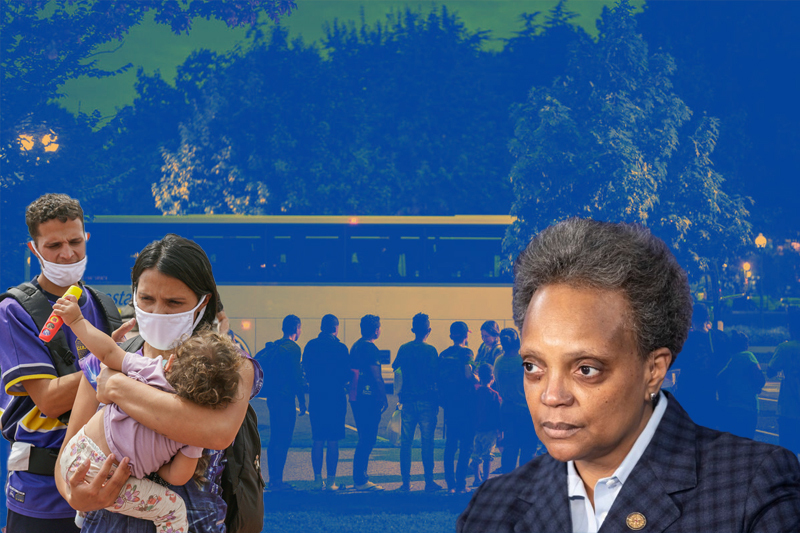 US – Chicago Mayor Lori Lightfoot recently said about 125 migrants arrived in the city on buses from Texas, including 50 who arrived just Sunday, most of them families.

The political battle over US President Joe Biden’s administration’s immigration policy has intensified in recent days, with officials in Chicago asking for volunteers and donations to help asylum seekers bussed into the city from Texas.

The mayor said Chicago had not yet heard from any Texas officials and urged the state’s Republican Gov. Greg Abbott to cooperate in more humane treatment of asylum seekers and migrants.

“My frustration comes from the actions of the governor of Texas,” Lightfoot said. “There could be a level of coordination and cooperation but he chooses to do none of these things.”

Political tensions have been heightened by the growing number of asylum seekers arriving at the US-Mexico border. Abbott, who is running for a third term in the November midterm elections, has seized on the question of a record number of arrivals at the border to step up his campaign.

Since April, Texas has bused more than 7,000 asylum seekers and migrants to Washington DC and New York, and last week Abbott began bus service to Chicago.

He says more cities could be added to the list, and that the buses are needed because the Biden administration has failed to secure the border effectively. The Democratic mayors of Washington, D.C. and New York condemned the move and called on the federal government to help.

Lightfoot said on Sunday that several relief organizations in Chicago have stepped in and started providing relief. “He [Abbott] tries to send human beings — not cargo, not freight, but human beings — across the country to an uncertain destination,” Lightfoot said. “He is manufacturing a human crisis and it makes no sense to me.”

Chicago is a so-called “sanctuary city,” which means the city will not ask residents about their immigration status or deny them services based on that status, nor will it share such information with federal immigration authorities.