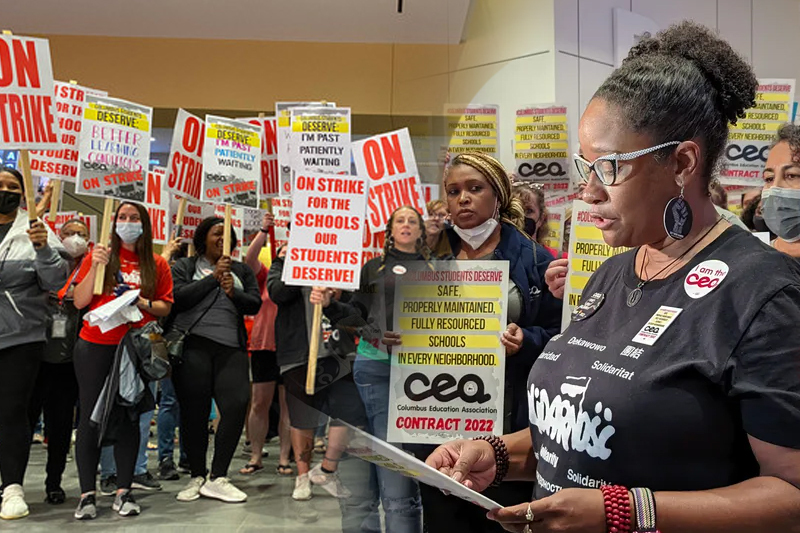 why teachers are on strike

US – In Columbus, Ohio, teachers are on strike to keep the air conditioners running.

In Philadelphia, it’s mostly bus drivers and other workers who want higher pay and better skills.

These are local stories with individual issues and details, but they feed a nationwide narrative of disgruntled teachers and support staff who feel underpaid and undervalued. Now it’s Columbus and Philadelphia, and last school year it was Minneapolis and Sacramento.

Teachers are increasingly resorting to strikes, a trend that dates back before the Covid-19 pandemic was confronted over working conditions. Think back to the 2019 Chicago teacher strike or 2018 when a wave of #RedforEd strikes resulted in pay increases or other improvements for teachers in Arizona, Colorado, Kentucky, North Carolina, Oklahoma, and West Virginia.

Columbus is the largest school district in Ohio, and students in the district may not be able to start school on time as the Columbus Education Association went on strike for the first time since 1975.

While students have already weathered the pandemic and were expected to return to classrooms, they will be forced to re-login to distance learning on the first day of school, as per the district’s current plan.

The union said that the problem is the conditions of training. They require the district to guarantee smaller class sizes, more dedicated elementary school art, music, and physical education teachers, functional heating and air conditioning in classrooms, and more prep time. Teachers focus on working conditions rather than economics.

Pay, however, was an issue, and according to local reports, the county had previously offered a 3 percent annual raise for three years. The union was seeking 8%, which is more in line with inflation.

It is not clear from recent reports what the pay dispute between the board and the union led to.