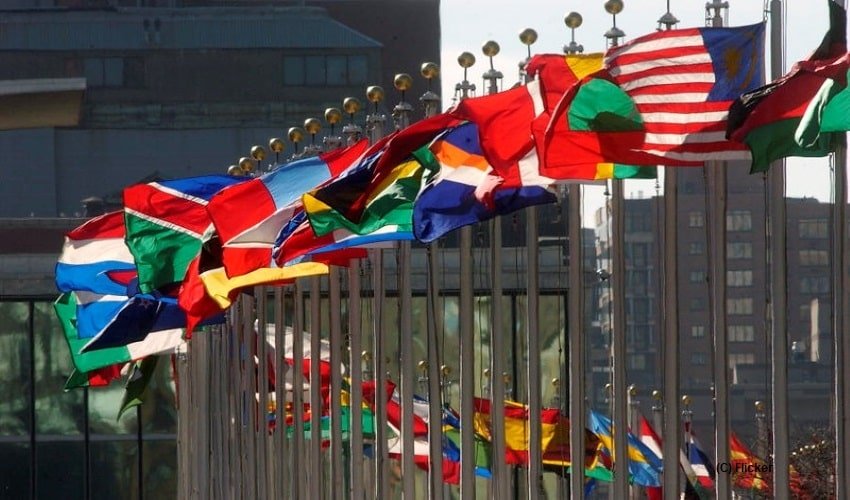 The EU Agency for Fundamental Rights (FRA) has published a new report on the National Human Rights Institutions (NHRIs), examining their situation in the EU, North Macedonia, Serbia, and the UK, and identifying different parameters for improving its effectiveness

The EU Agency for Fundamental Rights (FRA) has published a new report on the National Human Rights Institutions (NHRIs), examining their situation in the EU, North Macedonia, Serbia, and the UK, and identifying different parameters for improving its effectiveness. NHRIs are independent organizations set up by states to promote and protect human rights in their countries in line with the United Nations (UN) “Paris Principles” and Goal 16 of the UN Sustainable Development Goals. These are guardians of human rights. But often, they cannot express their true potential because their governments don’t adequately support them. For this reason (and because the Coronavirus pandemic has affected or restricted many rights), the FRA has released the report on NHRIs, identifying the following six key points, which are fundamental to empowering NHRIs.

Sufficient powers: To increase their impact, Member States should formally consult the NHRIs, follow up on their recommendations, and answer their specific questions. Enhanced role at EU level: The EU could draw further on NHRIs in monitoring the implementation of fundamental rights commitments under EU law. Compliance with the UN Paris Principles: Sixteen NHRIs in the EU are now fully compliant with the UN Guiding Principles, up from nine since the Agency published its first report in 2010. A further six countries have non-compliant NHRIs, and the other five are creating NHRIs (including Italy). A European network (ENNHRI) now supports, strengthens, and connects NHRIs as well.

Regarding the Protection and independence, the report calls on Member States to protect NHRIs, their members, and staff, including by law, and safeguard their full working autonomy. Diversity: Engaging with a broad cross-section of society can help raise rights awareness and make NHRIs more effective. Finally, Member States should equip NHRIs with the financial and human resources necessary to carry out their mandates.

The history of the NHRIs is one of growing recognition of national and international human rights structures. While some countries established human rights commissions as early as 70 years ago, it is only in the last quarter of a century that NHRIs became a concept.  In 1946, in the context of the work of the recently established UN Commission on Human Rights, the UN Economic and Social Council (Ecosoc) called for member states to establish “human rights committees to collaborate with [the member states] in furthering the work of the Commission on Human Rights”.  The resolutions of the UN General Assembly, adopted regularly between the 1970s and 1990s, underscored the importance of NHRIs “maintaining their independence and integrity” to be effective. The UN General Assembly also requested UN human rights services to support such developments.

⏳Since 2011, the number of European #NHRIs has grown impressively. 7 more EU MS have established an NHRI, although 11 are still without one in full compliance with the UN Paris Principles.
Read more on strengthening NHRIs in the 🇪🇺 👉 https://t.co/ntEkfprLDP #StrengthenNHRIs pic.twitter.com/bWOUjF22eJ

The Paris Principles were drafted at a workshop held in Paris in October 1991 at the request of the UN Commission on Human Rights (UNCHR).  Representatives of human rights and institutions from 24 countries, including nine states covered by the new report – Denmark, Finland, France, Ireland, Italy, Netherlands, Spain, Sweden and United Kingdom – attended the workshop. The Paris Principles were adopted by the UNCHR in 1992 and by the UN General Assembly in 1993. The 1993 World Conference on Human Rights in Vienna, encouraged the establishment and strengthening of national institutions, having regard to the ‘Principles relating to the status of national institutions’ – the Paris Principles. This sentiment was echoed at the Vienna + 25 conference, in 2018, which called for “efficient and independent” mechanisms, such as NHRIs.  A 1997 Council of Europe recommendation, based on the Paris Principles, called on its member states to establish NHRIs in compliance with the Paris Principles.  Today, NHRIs are systematically involved in a range of UN human rights mechanisms and increasingly so in other international organisations and the EU.