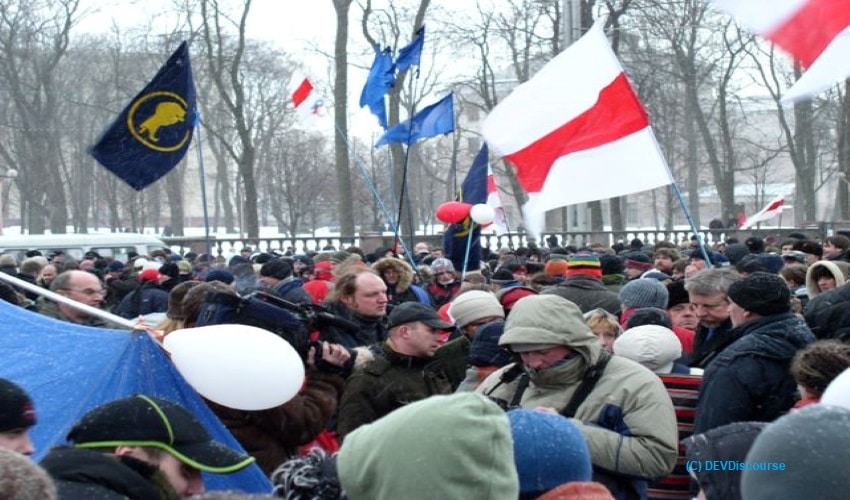 The government has been coming down hard on workers who are joining strikes and protests demanding fair elections.

The International Labor Organization has asked that the Belarusian government release the trade unionists who were detained for peaceful protests against the president and the charges against them be dropped. The ILO urged President Alexander Lukashenko to ensure that the workers carrying out peaceful protests can do so in an environment that is free of violence, threats and pressure.

Workers and trade unions have been a major part of the popular protests that started since the elections in August. The protestors have deemed the elections rigged and have demanded that Lukashenko step down. There have been multiple instances of workers at state-run factories walking out in solidarity with protestors and taking out strikes in order to pressure the government. At least 30 factories across the country had been fully or partly closed.

Director-General @guyryder has called on the President of Belarus Alexander Lukashenko to prevent human rights violations and ensure full respect for workers’ rights and freedoms. https://t.co/uWeLs3Qb1v

Initially, Lukashenko attempted to address the workers in order to defend his victory but he was often heckled and asked to leave. He has followed this up with forcing state-workers to join pro-government rallies and threatening dismissals against those who participated in strikes.

At one of the largest state-run factories in Belarus, the Minsk Tractor Works, 15,000 workers were ready to go on strike to protest against the president but this was called off over fears that they might be fined and their jobs might be in danger. Only 250 workers eventually were prepared the go on strike, the rest planned to apply for holiday leaves so as to minimise job losses. The unions have started a fund to compensate striking workers and are looking to strengthen it.

Other demonstrators have been encouraging workers to join the protests and showing solidarity from outside the factories, especially state enterprises that are critical to the economy of the country. A combination of protest, strikes and a peaceful transition of power are the antidotes for a revolution, they feel. Perhaps sensing this, many trade union leaders have been arrested, beaten and sentenced to several days in prison.

Unions have been demanding that Lukashenko speak to them instead of intimidating them. They have called for an immediate end to the use of tear-gas, rubber bullets, stun grenades and the like against peaceful protestors, end the persecution and arrests and release of all the union leaders, activist and civil society figures that have been imprisoned.

Belarus has a sketchy track record when it comes to workers’ rights and freedom of association. They have used tactics like intimidating workers with fixed-term contracts and suppression of trade unions. The ILO reminded the government that while it has been working with employers’ and workers’ organisations to address some of these concerns around trade union rights, the recommendations haven’t been fully implemented.