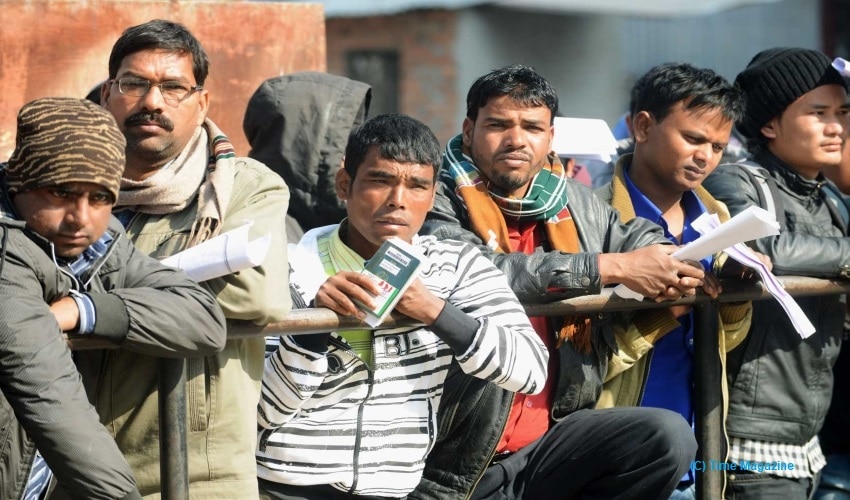 Hundreds of such migrant workers hailing from Nepal, African countries and south Asian countries were detained in cramp spaces and informed of being deported to their countries.

As early as in March Qatar police officials dressed in plain clothes were detaining migrant workers randomly from streets, parks and markets on alleged claims of violating lockdown protocol due to coronavirus. Hundreds of such migrant workers hailing from Nepal, African countries and south Asian countries were detained in cramp spaces and informed of being deported to their countries. One such man, Mr. Khatri, has reached to his home country Nepal on September 5, after almost five months of being detained in Doha’s detention center on Salwa Road. Currently he is with 200 other Nepali migrant workers from Qatar in Airport hotel for mandatory quarantine. These workers were detained without any valid serious and no explanation. These workers give an estimate that over 1000 migrant workers have been deported from Qatar since coronavirus pandemic began and it is still continuing.

The government of Qatar hasn’t provided an official figure of number of deportees but has said that the “officials uncovered individuals engaged in illegal and illicit activity. This included the manufacture and sale of banned and prohibited substances, along with the sale of dangerous food goods that could seriously threaten the health of people if consumed.”

Cruel and disgusting. Qatari authorities use entrapment and fear of pandemic to illegally deport vulnerable migrant workers. Another reason to boycott the 2022 FIFA World Cup in #Qatar. https://t.co/4oJbd80YXu

Amnesty International had documented cases of 20 migrant workers who were deported during the first phase of deporting in March. It said that majority of the workers weren’t aware of their charges or accusations.

After Qatar initiated its bid to host FIFA 2022 Football World Cup, it released a series of reforms for its migrant workforce. On August 30, Qatar’s Ministry of Administrative Development, Labour and Social Affairs (MADLSA) announced of officially scrapping the kafala. It was a rule that required employers’ consent to change jobs. It also announced an increase in the minimum monthly wage from 750 Qatari riyals to 1,000 riyals (approximately USD 275). Thousands of workers are jobless without pay or support, while some are even begging for food in one of the richest countries on the planet. The oil rich country has been unethically treating its migrant workers with least respect for their rights, welfare and safety.