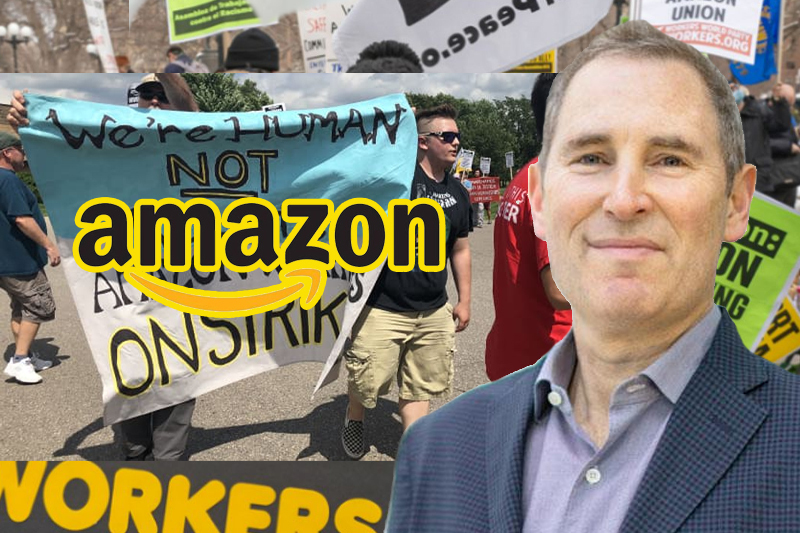 amazon has no plans to return employees to the office

US – Amazon CEO Andy Jassi is not going to force the company’s employees to return to the office anytime soon. “We don’t have a plan to require people to come back,” Jassie said at the Code Conference in Los Angeles on Wednesday. But he noted that they are going to be adaptive as they learn.

The online retail giant announced last October that it would allow individual managers and teams to determine how much time they spend in the office, with Yassy saying at the time that there is no one size fits all approach to how each team performs best. And it looks like this attitude will continue for the foreseeable future.

Yassy’s position could serve as a marker for the tech and corporate world as companies look beyond the summer and step up their efforts to get employees back into the office.

According to a recent survey by consulting firm Gartner, 69% of medium to large employers say they require employees with remote jobs to be at work a certain number of days.

Google has begun requiring its employees to spend three days a week in the office since April of this year, while Apple’s plan to impose a similar requirement has faced opposition from employees.

While the flexible policy applies to Amazon’s corporate (AMZN) workers, the company also has thousands of drivers and warehouse workers whose jobs prevent them from working from home. It is noteworthy that some of them are trying to unite in trade unions in search of better working conditions.

Thus, Amazon lost the first round in an attempt to undo the union’s historic victory at the Staten Island facility.

In a closely watched April election, warehouse workers at the Staten Island facility known as JFK8 voted to form the first American union in Amazon’s 27-year history — a stunning victory for a newly formed organization made up of current and former warehouse workers. The union won the vote by a margin of 523 votes out of nearly 5,000 cast.