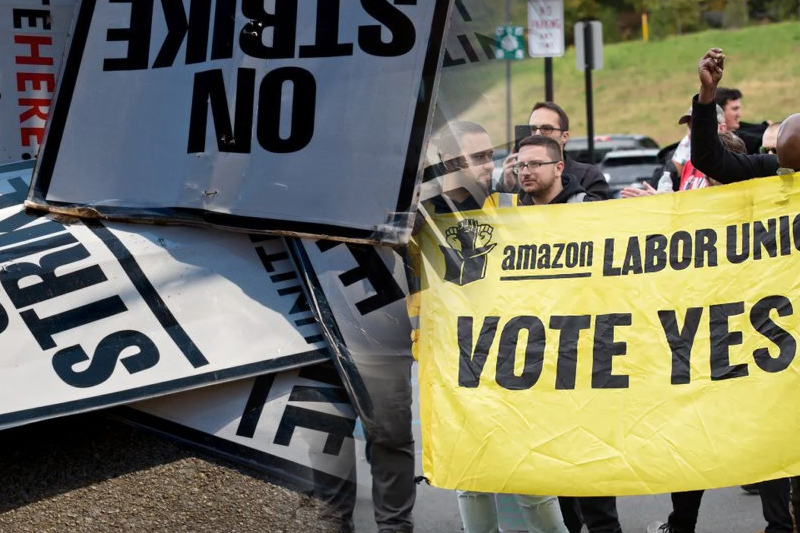 amazon workers strike amid allegations of crackdown on unionization activities

US – A union movement at Amazon that has received worldwide attention recently suffered a setback when it lost a vote in a warehouse outside of Albany, New York amid multiple accusations of unfair labor practices.

Amazon workers are stepping up pressure on the world’s largest retailer with strikes and protests aimed at improving working conditions and wages as the company continues to fend off unionization efforts.

But Amazon workers are planning to contest the next union election at the Amazon ONT8 warehouse in Moreno Valley, California. They plan to resubmit the campaign petition in the next few weeks after the original petition was contested.

Meanwhile, workers in the US claim the giant company is cracking down hard on unions, and they have responded with protests and strikes.

Brandon Calloway worked at Amazon ATL6 in East Point, Georgia for eight to nine months before he and another employee were fired, they say, in retaliation for filing a petition with warehouse management. They filed allegations of unfair labor practices with the National Labor Relations Board (NLRB) in connection with the layoffs.

With the support of the workers’ advocacy group United for Respect, in September, warehouse workers sent management a petition with more than 300 signatures calling for a $5 an hour wage increase from a minimum wage of $18 an hour. Calloway was fired two days later and joined an October 19 rally with other Amazon workers to protest the layoffs.

Amazon workers in Joliet, Illinois, quit their jobs on Premiere Day Oct. 12 to push for higher wages and better working conditions. Amazon workers at other warehouses in Georgia also went on strike to coincide with Prime Day.

In September 2022, Amazon workers outside of St. Louis held a rally and petitioned similar demands. Workers at an Amazon warehouse in Shakopee, Minnesota, went on at least two strikes earlier this year due to poor working conditions. In Garner, North Carolina, Amazon workers are pushing for a union in the hope of gaining enough support to bid for union elections in their warehouse by next summer.