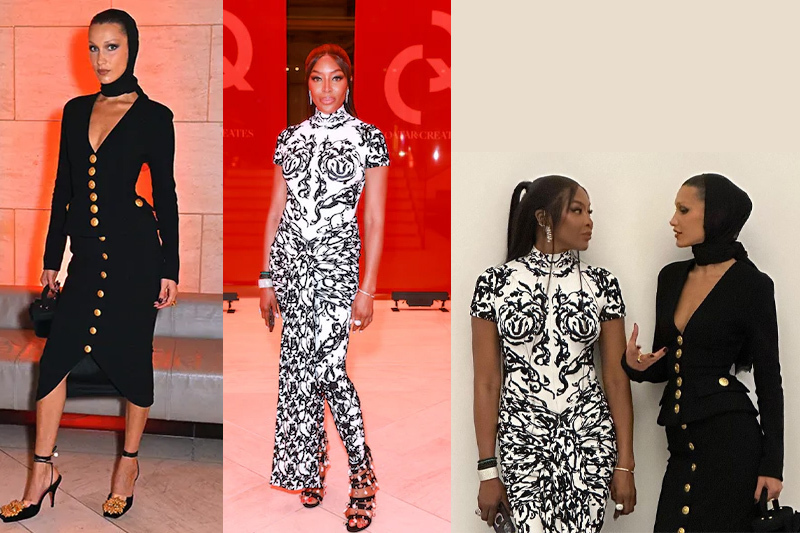 why are hr crusaders hadid (1)

Qatar – They are fashion icons who are known as ‘social justice warriors’ too. Bella Hadid and Naomi Campbell has taken the world by storm, but this time it is not for the right reasons. Both were spotted attending a VIP event in Qatar, amidst huge controversies surrounding the country’s human rights violations and disregard for the lives of the LGBTQ+ community as well.

The supermodels have been said to have posed for photographs together as they stepped out at the Museum of Islamic Art for a lavish dinner recently. Qatar is known to flower influence and power with special gifts and benefits to steer appreciation and good PR in its direction.

Their presence was to mark the opening of the Baghdad: Eye’s Delight exhibition this week. The pair have both been vocal about social justice issues, including Bella speaking about the protests in Iran and Naomi’s comments on the LGBTQ+ community. Respecting the dress code regulations, both were wearing hijabs and posed for pictures together.

Their visit to the country comes just weeks ahead of the Qatar World Cup, which has faced growing criticism over its treatment of women, migrant workers & the LGBTQ+ community.

In recent weeks, Bella has spoken out on social media about the current protests in Iran, following the death of a young woman who died after being arrested by the morality police.

She shared several posts from human right activist and designer, Celine Semaan Vernon including her own impassioned message.

Bella has also been vocal about her opinions on the geopolitical conflict between Israel and Palestine on social media in the past. In one post, she said: ‘I feel a deep sense of pain for Palestine and for my Palestinian brothers and sisters today and everyday. watching these videos physically breaks my heart into 100 different pieces.