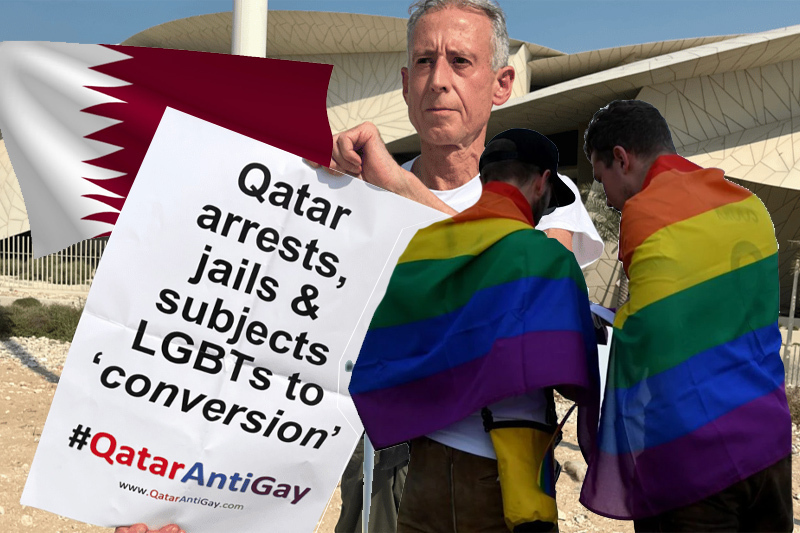 Qatar – Every life matters; but in Qatar only what the royalty believes to be apt, matters. Despite repeated appeals from the various human rights have gone unnoticed.

Peter Tatchell has taken to social media to express his agitation against Qatar and its blatant disregard for the LGBTQ community. He has also expressed distress for being held by police for over an hour without any rhyme or reason.

“A colleague and I were held by police and state security services for 49 minutes,” he said. “Photos and videos of the protest on a mobile phone were deleted by police and the detainees were not allowed to leave.”

He continued: “We were interrogated about our trip. Then we were told we must be on our onward flight to Sydney.

“It’s a shame the Qatari government is trying to deflect from their diabolical human rights abuses by misrepresenting a peaceful protestor.”

Tatchell is now in Australia. Qatar is doe-eyed over the FIFA World Cup towards which I had employed a huge work force and exploited them to no end as well.

None of the well-known media houses are going to be allowed under a ban to report anything from Qatar. This includes the well-known names as BBC, ITV under the so-called filming permits that are given away by the Qatari government.

The rules do not prohibit reports on specific subjects, but barring crews from filming on private property – “including but not limited to houses, apartment complexes, accommodation sites” – is likely to make it difficult for them to investigate reported abuses, such as the mistreatment of migrant workers, or to conduct interviews on subjects’ people may be reluctant to discuss in public, such as LGBTQ+ rights.

How HR can help to forward sustainability in an organization