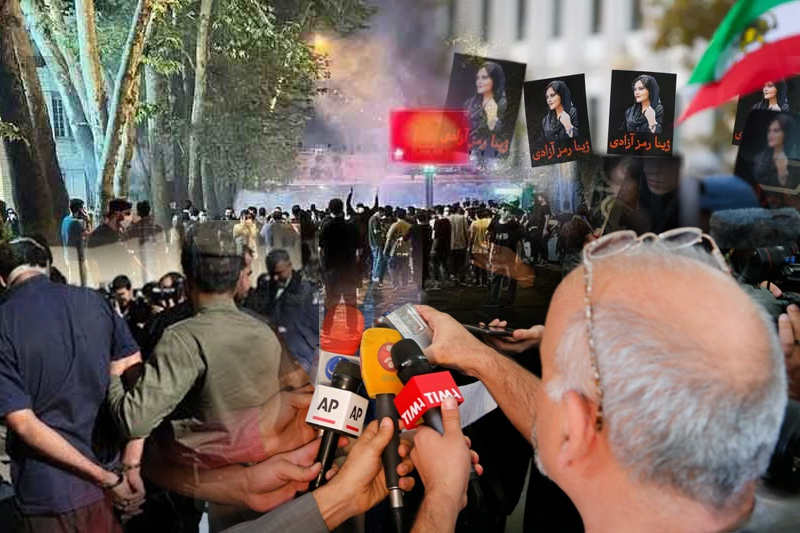 iran cracks down on journalists over anti hijab protests

Iran – The security forces of Iran have arrested at least 28 journalists and photographers since the latest wave of anti-regime protests began over the death of a 22-year-old woman, Mahsa Amini, according to the New York-based Committee to Protect Journalists (CPJ).

The Iranian Journalists’ Association has repeatedly called for the immediate release of all journalists who have been detained for reporting on the ongoing protests. However, the Iranian judiciary said that press reporting on the protests could lead to further “riots” in the country, and it should therefore be construed as a criminal offence.

Niloufar Hamedi, a news reporter for the reformist Shargh newspaper has been arrested by the Iranian security forces. Hamedi was one of the first journalists to write about Amini’s case two weeks ago. According to her husband, she’s been kept in solitary confinement in Tehran’s Evin Prison for the past week.

According to human rights activists, many journalists have also been summoned or threatened by Iranian security forces. In Iran, journalists are only allowed to work if they have official government approval and accreditation.

Mansoureh Mills, an Iran researcher at Amnesty International, said that Iranian authorities have a pattern of distorting the truth to cover up their human rights violations in the country.