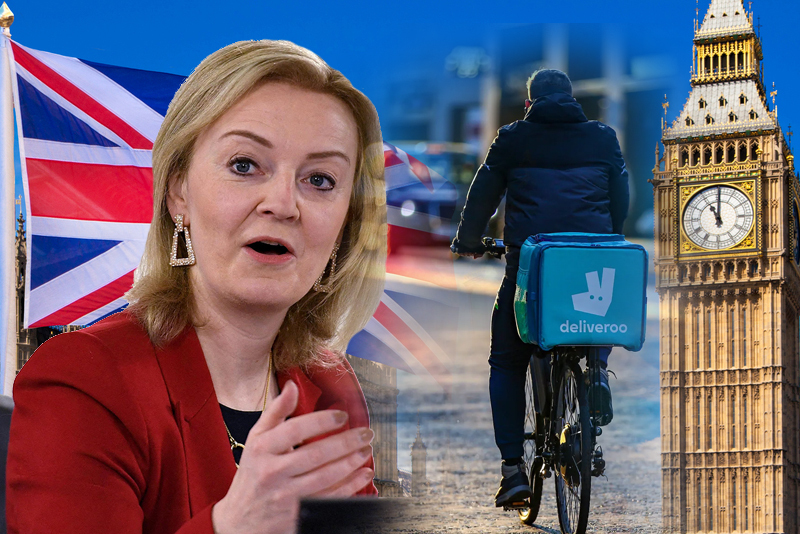 UK – If Liz Truss attempts to significantly weaken workers’ rights, legal experts and union leaders have warned that she runs the risk of starting another dispute with the EU that might result in taxes on British goods.

A review of workers’ rights is allegedly being considered by the next prime minister as part of a larger “bonfire” of 1,500 EU regulations that she wants to remove off the UK’s statute books by the end of 2023.

According to the level playing field provisions in the Brexit agreement negotiated with the EU by Lord Frost, the UK may vary from bloc laws, but not to the point where doing so offers the UK a competitive advantage over rivals on the continent and in Ireland.

Professor of EU law at the University of Cambridge and Brexit specialist Catherine Barnard said the agreement permits tariffs to be applied by any party in the event that the playing field is uneven.

The [agreement] permits the UK to deviate from EU regulations governing workers’ rights, but if the deviance damages trade and investment, the EU may initiate the non-regression’ mechanism against the UK, she said.

“This entails consultation, the creation of a special panel of experts, and, if the UK is found to be in violation, reprisal against the UK. Tariffs follow,” the speaker remarked.

Truss, who calls himself the “Brexit-delivery prime minister,” has accelerated the timeline for repealing several EU regulations by promising to do so by the end of 2023.

Diverging dramatically on rights, however, would not only exacerbate already tense relations with the EU, but would also ignite a huge dispute with the unions.

In response to comments made by Jacob Rees-Mogg, the Trades Union Congress has demanded guarantees from the government that “hard-won” worker rights are not in danger.

Rees-Mogg, who served as Boris Johnson’s minister of Brexit chances, vowed to burn 1,500 pieces of EU legislation with a sunset clause that would expire after five years.