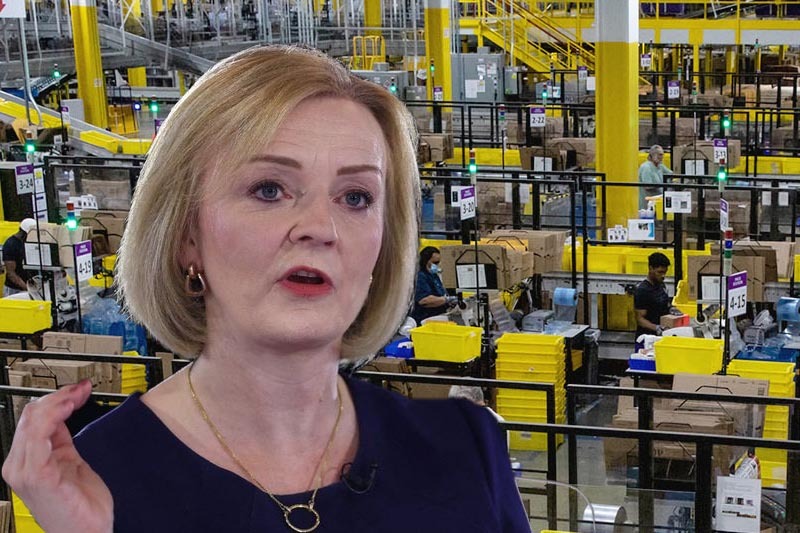 UK – After it was revealed that Liz Truss intended to restructure employment regulations after Brexit, trade unions urged her to “come clean” about her plans for workers’ rights if she were to become prime minister.

The Times has reported that the foreign secretary, who is widely seen as the front-runner in the race to become the next prime minister, is thinking about reviewing worker laws.

The 48-hour workweek, which was enacted as part of the EU working time directive, is under review, according to the source, and could be one of the protections withdrawn under a Truss presidency in an effort to “make the UK more competitive.”

Frances O’Grady, general secretary of the Trades Union Congress, urged Truss to “be transparent” about any plans to modify worker protections. Liz Truss should put helping households pay their bills this winter as her top priority, according to O’Grady.

If Truss is successful in her campaign to succeed Boris Johnson, she will take over a dysfunctional government that is dealing with a number of issues, such as the cost of living crisis, rising energy costs, a string of strikes by criminal barristers, and rail workers, as well as the threat of industrial action in other industries.

She was caught on tape saying that British workers needed to show “more graft,” and her intentions to overturn the ban on fracking have been criticized by environmental organizations and the outgoing Prime Minister.

According to reports, Truss intends to lift the fracking prohibition within the first few days of taking office.

Since 2019, fracking has been prohibited. Truss intends to address the energy bill crisis despite worries that there might be outages this winter by “ending the effective ban on producing our massive deposits of shale gas by fracking.”

Fracking businesses are anticipated to provide a 25% bill cut as an inducement, and Truss has stated that she will only permit fracking with the support of the neighborhood.

According to reports, Truss wants to grant up to 130 extra drilling permits to oil and gas corporations so they can explore untapped North Sea reserves. Johnson, though, challenged the notion that fracking causes “environmental harm” this week, saying, “I would much rather that we focus on the things where we are smart, and where the environmental impact is actually low.”

I have to admit that I’m a little skeptic about the idea that we would be able to frack well and economically in this country becoming a panacea.