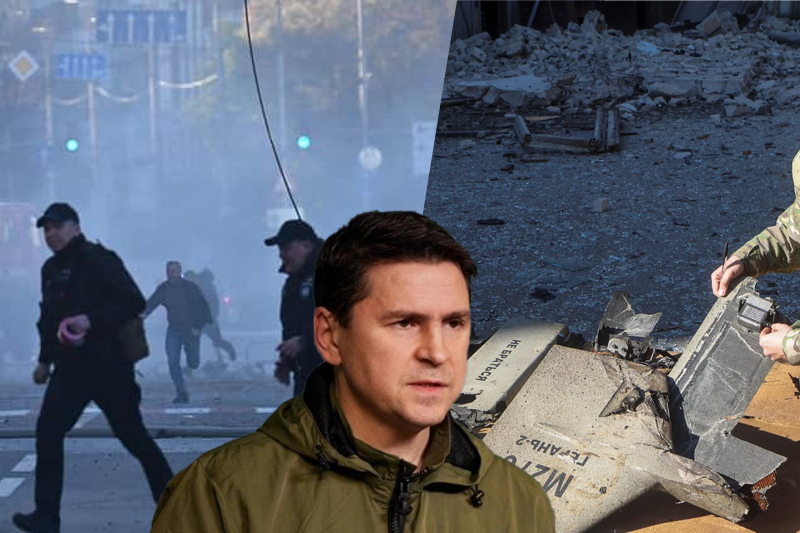 Ukraine – There have been at least four explosions in the Ukrainian capital Kyiv, with a presidential adviser blaming “kamikaze drones” sent by Russia. “It shows their desperation,” said Andriy Yermak, chief of staff to Ukrainian President Zelensky.

A week ago, Russian rockets hit the capital at rush hour as part of a nationwide attack that killed 19 people.

This morning’s attacks were carried out by drones – the low hum of this slow-moving weapon is becoming familiar throughout the country. Kyiv shook with the roar of shots as anti-aircraft batteries desperately tried to bring them down. One intercept appeared on a social media video.

Two of them were close to the city center, and sirens and car alarms were heard everywhere. What the goal is is difficult to determine. Residential and non-residential buildings were damaged, according to the mayor’s office. Railway officials say the explosions were seen near Kyiv’s main train station.

The Kremlin blamed Ukraine for the rocket attack on Belgorod. Ukraine denies the attack. Two militants who volunteered to fight in Ukraine killed 11 people at a Russian military training camp in Russia’s Belgorod region, which borders Ukraine.

Recent attacks have targeted Ukraine’s energy infrastructure. It would be surprising if this is not the case today.

In his message on the social network Telegram, Klitschko said that there were four strikes in Kyiv, although residents heard five or six explosions. He also told people to stay in bomb shelters.

But despite warnings, the streets are far from deserted. Between the first and second series of strikes, many people seemed to be going about their Monday morning business. Mr. Yermak called the kamikaze attacks Russia’s “death throes” and that Ukraine needs more air defense systems “as soon as possible”.