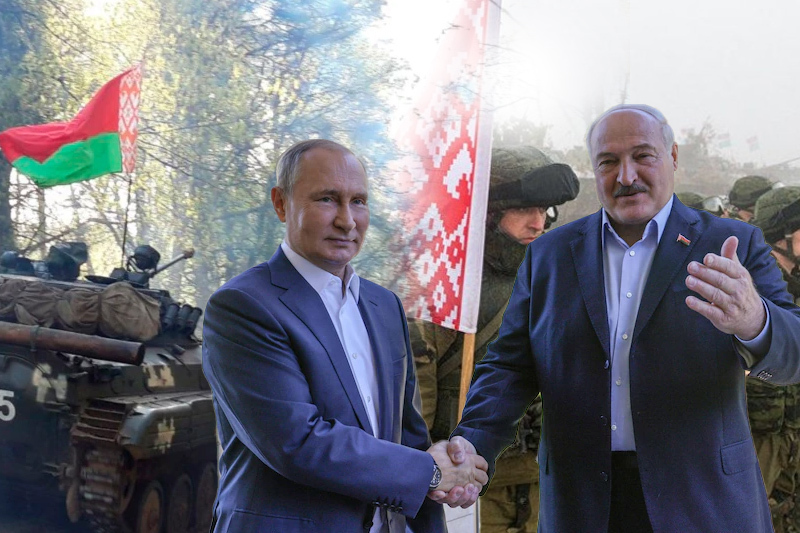 would lukashenko really throw belarus into a w

Belarus – Alexander Lukashenko, the dictatorial leader of Belarus, carefully balanced during the war in Ukraine. On February 24, Russian troops concentrated in Belarus poured across the border into Ukraine, using his country as a springboard for the biggest invasion of Europe since World War II.

But the Belarusian leader has not directly joined the war or sent his troops into the fray, saying at times that he thinks the invasion is “being dragged out.” Now Lukashenka’s meetings with Vladimir Putin have again raised fears that he is about to enter the fray. Lukashenko said that Belarus and Russia should deploy a joint military group and that thousands of Russian troops would arrive in his country in the coming days for exercises.

Ukrainian President Volodymyr Zelensky sounded the alarm during a G7 meeting on Tuesday, offering to send UN peacekeepers to the border between Ukraine and Belarus to prevent Lukashenka’s “provocation”. Despite the worrying signs, there are serious doubts that Lukashenko is ready to throw his forces into the war Russia is losing in Ukraine, even if he is under pressure from Putin.

If not to send his troops into battle, Lukashenka could allow Russian troops to be transferred to the borders of Belarus to stretch the defense of Ukraine, or perhaps allow Russia to use Belarus as a training ground for some of the tens of thousands of Russians mobilized to serve in the army.

According to the Belarusian monitoring group Hajun Project, joint exercises may take place near several municipal buildings in the city of Yelsk, just 17 km from the border with Ukraine. The group reported that classes at a music school near the local police station and administration building have been cancelled. Local residents have also been ordered not to remove the new armored convoy due to arrive on Wednesday, the organization said.

Konrad Muzyka, an independent military analyst and director of Rochan Consulting, wrote that few organizations monitor Belarus’ military order because their military is “relatively weak and there is nothing but [Lukashenko’s] rhetoric.”

The army had to mobilize 20,000 men to reach full strength, he wrote. And there will be enough time to issue a strategic warning if Belarus does start mobilizing and moving its troops to the border.