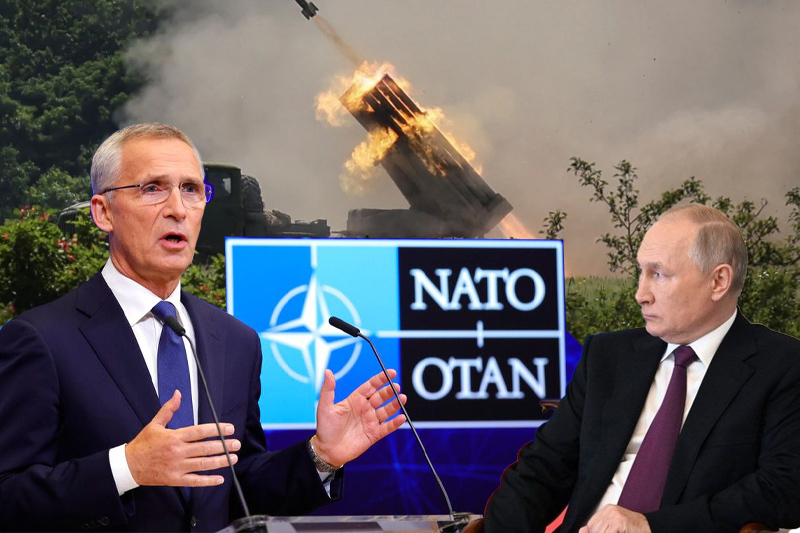 Ukraine – Ukraine’s allies, led by NATO, announced the delivery of advanced air defense systems to Kyiv after a series of Russian missile strikes.

Weapons promised by Britain, Canada, France and the Netherlands include missiles and radars. The US had previously made a similar pledge. One high-tech system from Germany is already in Ukraine.

The promises were made at a meeting of Ukraine’s allies from 50 countries at NATO headquarters in Brussels. Kyiv called the summit “historic”.

The city’s mayor Alexander Senkevich said the city came under “massive shelling” around 01:00 local time (23:00 GMT). “A five-story residential building was damaged, the top two floors were completely destroyed, the rest are under rubble. Rescuers are working on the spot,” he said.

It has been a particularly busy week in Ukraine, with one of the heaviest Russian bombing raids in months on Monday and Tuesday, with more than 100 rockets fired at energy infrastructure and other non-military targets, including a playground.

The UK will provide air defense missiles as well as hundreds of drones to support Ukraine’s intelligence and logistics capabilities. It will also provide 18 howitzer artillery pieces, in addition to the 64 already delivered. “Russia’s latest indiscriminate strikes against civilian areas in Ukraine require continued support from those who seek to defend their country,” Defense Secretary Ben Wallace said.

“These weapons will help Ukraine protect its skies from attack and bolster its overall missile defense.”

Speaking after a meeting in Brussels on Wednesday, US Secretary of Defense Lloyd Austin said “we’re going to do everything we can to make sure they [Ukrainians] have what they need to work effectively.”

French President Emmanuel Macron said that Paris will supply Ukraine with air defense systems. In an interview with France 2, he did not specify which systems would be sent. But he said that their main function would be to protect the population from drones.

The workers leaving their dream jobs