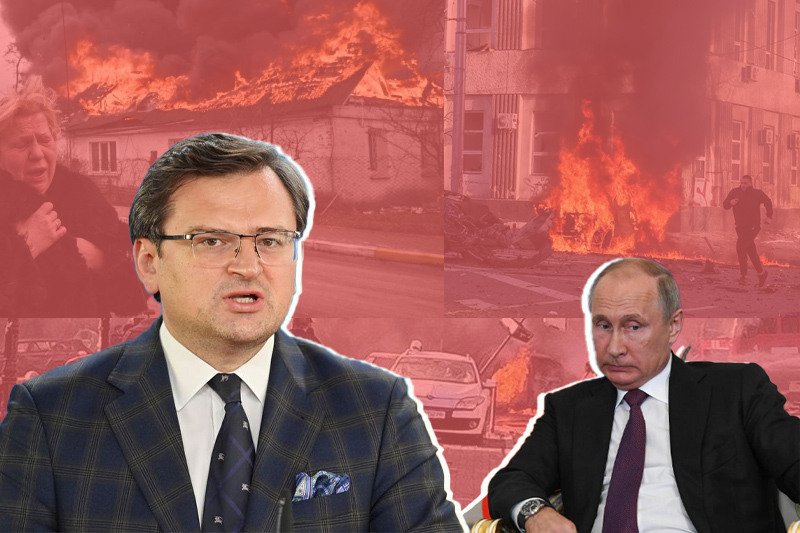 “They are trying to slaughter our people who are sleeping in their homes in Zaporizhzhia. They are trying to kill people who are on their way to work in Dnipro and Kyiv. All over Ukraine, the air raid sirens will not abate. Rockets continue to strike. Unfortunately, there are dead and wounded. I ask you: do not leave your shelters. Stay safe and take care of your families. Let’s hang in there and be strong.”

By Monday afternoon, Moscow had fired 75 missiles into Ukraine, 41 of which were neutralized by Ukrainian missile defense systems, according to the country’s commander-in-chief. The attack appears to be the most massive rocket attack and rocket fire seen across much of Ukraine since February, targeting power plants, bridges, civilian infrastructure and other targets.

This comes two days after the eruption damaged an important bridge to Crimea and dealt a strategic blow to the Kremlin. A wounded Vladimir Putin, who also saw Russian casualties on the battlefield for weeks, was forced to respond with force after the explosion, which Putin blamed on Kyiv on Sunday and called an act of terrorism.

On Monday morning, at least four explosions rocked the capital of Ukraine during rush hour. Among the places hit by the rocket was a children’s playground, according to Anton Gerashchenko, an adviser to Ukraine’s interior minister, who tweeted images of a smoldering crater in the ground near the site. Gerashchenko said that five people were killed and 12 were injured in the city.

On Monday morning, the work of the Kyiv metro was suspended for several hours, the metro stations served as bunkers. But at noon, the air raid alert in the city was lifted, as rescuers tried to pull people out from under the rubble formed as a result of the strikes.