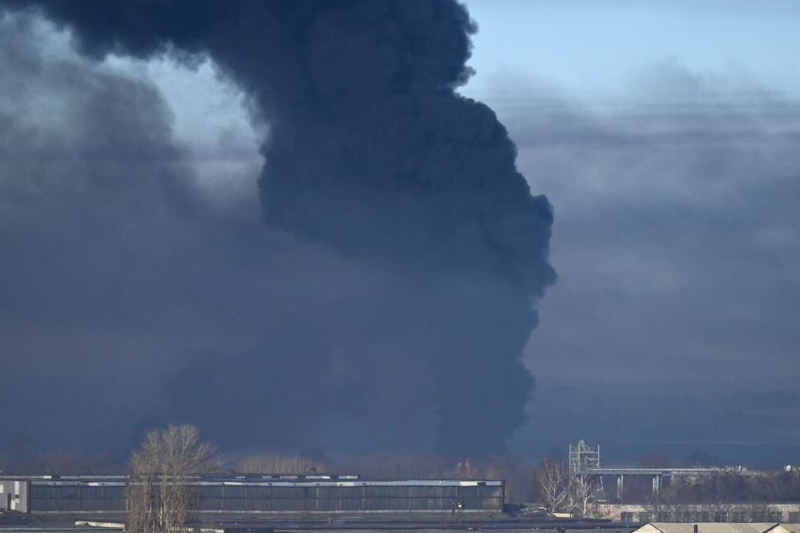 An analysis of over 40 videos and photographs along with interviews with witnesses led to conclusion by Human Rights Watch that Russia had used submunitions that had been delivered by Russian-made 9M55K Smerch cluster munition rockets. Report by United Nations confirmed that at least nine civilians were killed and 37 were injured in multiple attacks on that day in Kharkiv.

What are cluster munitions?

Cluster munitions are delivered by rockets that open in the air and disperse dozens and sometimes even hundreds of smaller submunitions over a larger area. At times they fail to explode on initial impact. This leaves smaller submunition duds that are unexploded, acting as landmines if touched later.

International humanitarian law, that governs the conduct of war, has prohibited use of “inherently indiscriminate weapons” in populated areas. An international treaty has banned cluster munitions as they render a widespread indiscriminate effect and also have a longer lasting impact on civilians. Given the facts, Russian forces’ use of cluster munitions in Kharkiv can be constituted as a war crime.

“Kharkiv is under relentless attack from Russian forces and civilians are hiding in basements to evade explosions and debris,” said Steve Goose, arms director at Human Rights Watch. “Using cluster munitions in populated areas shows a brazen and callous disregard for people’s lives.”

ICC (International Criminal Court), on March 2, referred the situation in Ukraine to court for prosecutor’s investigation. The prosecutor later stated that his office would immediately be proceeding for inquiry in this direction.

Human Rights Watch spoke to man over telephone, living in the Shevchenkivskyi district near where the attack took place. This area has at least three preschools, three schools, and a large hospital. He was walking with his wife to a shop near his home on Balakiryeva Street on February 28 at around 10 a.m., when he believed to have seen a Grad rocket flying overhead from the north. “My wife and I entered the basement of an apartment block and around 50 other people were sheltering there,” he said. “The whole building was shaking.”

“We are seeing mounting evidence of indiscriminate attacks on Kharkiv and the price civilians are paying for these serious violations,” said Goose. “If these deadly acts were carried out either intentionally or recklessly, they would be war crimes.”