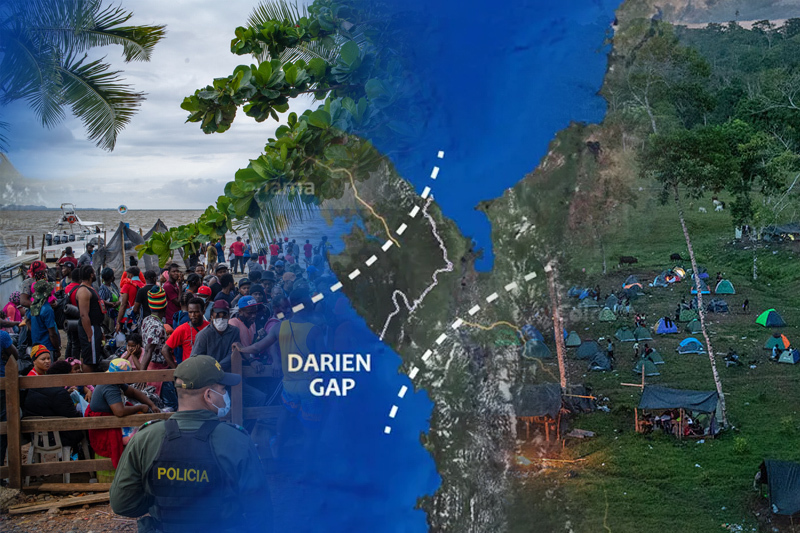 Colombia – The group, described by Colombian government officials as a humanitarian crisis, gathered in Necocli, a mandatory stop on the way to the Darien Gorge between Colombia and Panama.

Thousands of migrants and refugees wait in a northwestern Colombian city for boats to ferry them across Uraba Bay, from where they will pass through the treacherous jungle on their way to the United States, Colombia’s human rights ombudsman said.

About 7 million refugees and migrants have left Venezuela in recent years amid deteriorating security and a socio-economic crisis in the South American country. Many have fled to neighboring Colombia, which last year announced plans to provide temporary protection to some 1 million Venezuelan asylum seekers, allowing them to work legally and better integrate into the country.

But in recent months, many Venezuelan refugees and migrants have tried to reach the US through the Darien Gorge, a mountainous jungle pass between Colombia and Panama, where they face threats of violence and other harsh conditions.

Panama’s National Migration Service reported earlier this week that 151,582 migrants and refugees made the crossing between January and September, a record that surpassed the 133,726 crossings recorded in all of 2021.

This year, the number of minors was approximately 21,570. “There has already been an unprecedented number of Venezuelans who have put their lives at risk by crossing the dense jungle between Central and South America,” Giuseppe Loprete, head of the International Organization for Migration (IOM) mission in Panama, told the Reuters news agency. Venezuelans have recently surpassed Guatemalans and Hondurans to become the second largest nationality to stop at the US border after Mexicans.

Meanwhile, the IOM and the United Nations Refugee Agency (UNHCR) said earlier Wednesday that about 4.3 million refugees and migrants from Venezuela have no access to food, shelter and stable jobs in Latin America and the Caribbean.