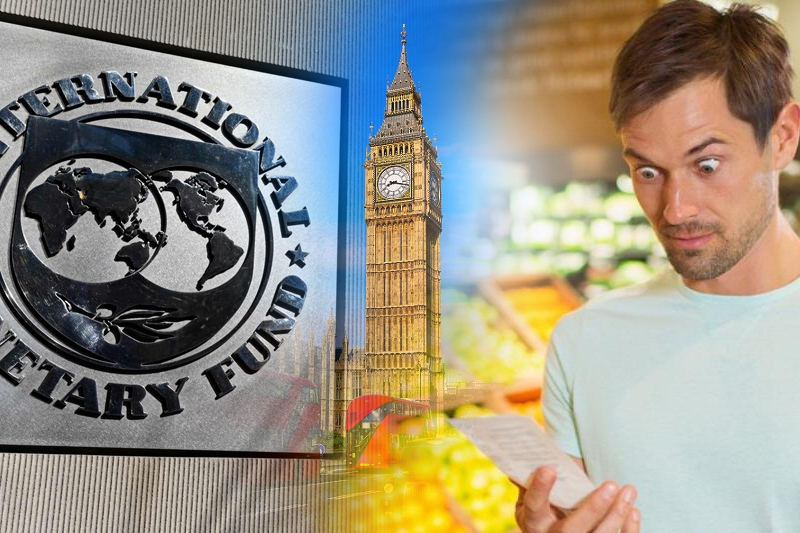 imf warns rising prices will be worse in uk

UK – The International Monetary Fund (IMF) doubled down on criticism of the chancellor’s mini-budget days after warning it would push prices up. The body, which works to stabilize economic growth, has admitted that the tax cuts announced by Kwasi Kwarteng will boost growth in the short term. But it said the cuts would “make it harder to fight” rising prices.

High prices in the UK are expected to last longer as only Slovakia outside the eurozone is expected to see higher inflation.

Inflation, which measures the change in the cost of living over time, is expected to peak at around 11.3% before the end of the year in the UK, according to the IMF’s latest global economic assessment. Each of the next two years, price increases are expected to average around 9%, well above the Bank of England’s target of 2%.

After Mr. Kwarteng unveiled plans for massive tax cuts in the UK, the IMF slammed the plans, warning they could widen inequality and push up prices. It was an unusually candid statement from the IMF, which plays a key role as an economic early warning system.

The IMF said it understands the government’s mini-budget aimed at stimulating growth, but said the tax cut could accelerate the pace of price increases that the UK’s central bank, the Bank of England, is trying to curb.

Downing Street defended the chancellor’s plans, with a spokesman for the prime minister saying that his policies were to “support the British people at a time of world high prices” and said the IMF report showed “the global challenges that countries are facing”.

The IMF has warned that the global economy is facing a recession and “the worst is yet to come” as the war in Ukraine pushes up prices around the world. “For many people, 2023 will feel like a recession,” he warned.

It says that governments and central banks around the world must work together to help people overcome the turmoil. Pierre-Olivier Gourinsha of the IMF told the BBC: “Imagine a car with two drivers in front and they each have a steering wheel and one wants to go left and the other wants to go right.”