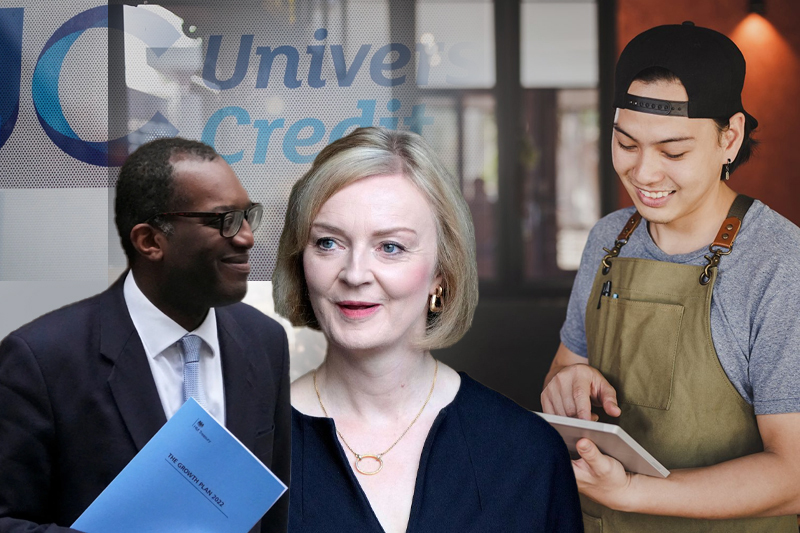 UK – Benefits for low-paid part-time workers will be cut unless they take “active steps” to earn more, in line with the reform announced in the mini-budget. Chancellor Kwasi Kwarteng oversaw the change, which he said was designed to “get the UK back to work”.

Under the new rule, applicants working up to 15 hours a week at the minimum wage will have to look for more or better-paying jobs. Labor said the country needed a plan to help people return to work.

Currently, Universal Credit applicants who work up to 12 hours a week for a living wage, which is the government-mandated minimum wage, are at risk of having their benefits cut unless they take steps to increase their earnings and meet with a coach on a regular basis. work.

Under the chancellor’s reform, which will come into effect in January 2023, this requirement will now be extended to people with universal credit working up to 15 hours a week under the National Living Wage. This change will affect about 120,000 additional claimants.

The Treasury Department said some groups would remain exempt from the sanctions, including people who are unable to work due to a chronic illness or disability.

Labour’s shadow work and pensions secretary Jonathan Ashworth tweeted: “So Tory ministers think [the] reason we have over a million vacancies is that the low paid aren’t working hard enough and need to be threatened with sanctions but bankers needs bumper bonuses. We need a serious plan to support people to return to work & increase labour supply.”

The chancellor said the government would also provide additional support to the unemployed over 50. Job seekers in this category will be given additional time with job coaches.

The Treasury Department said that growing economic inactivity among those over 50 “contributed to a shortage of jobs, driving up inflation and limiting growth.”