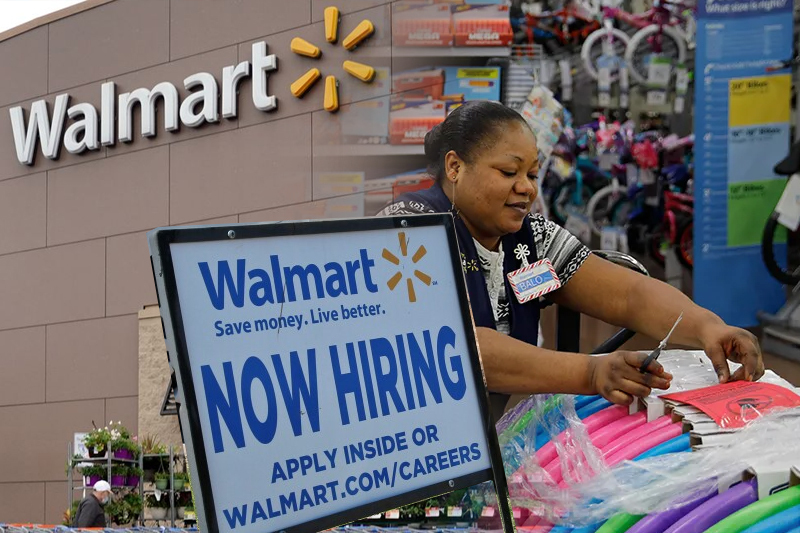 US – Walmart Inc., the largest private-sector employer in the United States, wants to hire 40,000 seasonal workers for the holiday season this year.

The company plans to hire fewer workers than last year as it prepares for the critical season in the midst of a slowing economy. This year’s hiring is expected to boost Walmart’s in-store, delivery, pickup operations and online business.

In the upcoming months, the company will start to offer additional hours to current employees, who want to work more, according to the company statement. Reportedly, Holiday shopping is also expected to start earlier this year.

A year ago, Walmart said it would add 150,000 jobs, many of them permanent, during the year’s busiest shopping season. However, it now plans to hire fewer workers than last year because U.S. retailers have faced inflation, higher interest rates, a tight job market and supply chain snarls.

In 2021, the Retail company hired some seasonal staff, mostly full-time, to cover COVID absences. However, that led to overstaffing.

Walmart’s sales are expected to rise in dollar terms during the third and fourth quarters. Earlier, the company reported a slight decrease in US food sales during the second quarter.

According to Deloitte’s annual holiday retail forecast, holiday retail sales are expected to increase between 4% and 6% year over year from November to January for total sales of about $1.45 trillion to $1.47 trillion.

Other US companies, including Amazon.com, Target, Macy’s (M.N), and Kohl’s have not yet announced their holiday hiring plans.

United Parcel Service Inc. said that it would add about 100,000 seasonal jobs for the holiday season this year.