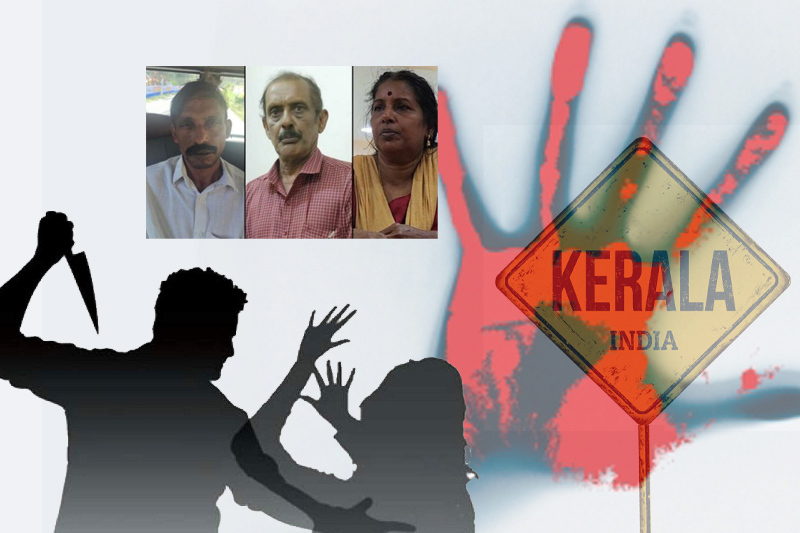 India – In a shocking incident in Kerala, two women were allegedly abducted, beheaded and buried as part of a suspected ‘human sacrifice ritual’ to gain financial prosperity at Elanthoor village in Pathanamthitta district.

The police said that three persons, including a woman, have been arrested in the case. The accused are identified as Bhagaval Singh, his wife Laila, and Rasheed alias Mohammad Shafi. The two women were taken to the couple by Shafi on the promise of money. Later on, the couple killed these women.

The police said, “We suspect that a ritualistic human sacrifice has taken place. We have to exhume the bodies of the women. The women were beheaded and their bodies were buried in the village.”

Reportedly, the victims, in their early 50s, identified as Roslin and Padma, were lottery ticket sellers and residents of Kadavanthara and Kalady. One woman went missing in June this year, while the other woman was untraceable since September. The police learnt about the ‘human sacrifice’ after starting their investigation into Padma’s case.

Police said that they were allegedly “sacrificed” by three persons to settle their financial issues and bring financial prosperity. Police said that they adopted a cruel method to kill these women. The women’s throats were reportedly slit and their body parts were cut into pieces before being buried in two different locations in Thiruvalla in Kerala.

Kochi city police commissioner Nagaraju Chakilam said that Shafi had befriended Singh through social media after creating a fake profile. Later on, he convinced the couple that human sacrifice should be done to come out of the financial crisis. Singh, whose family are traditional healers at Elanthoor, had an active social media presence.