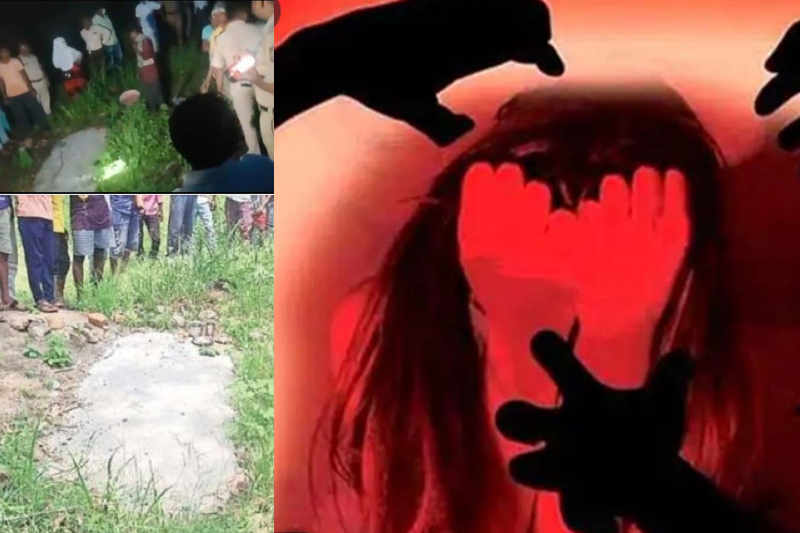 India – A man preserved the body of his deceased daughter in a salt pit in his agricultural field in the Nandurbar district in Maharashtra for 44 days, claiming she was gang-raped and murdered.

The father said that police did not adequately examine the case, so they decided to preserve the body rather than cremate it.

On August 1, the 21-year-old woman was found hanging in Vavi, Dhadgaon taluka, Nandurbar. According to authorities, the woman’s father said that she was raped by four men. According to the father, her deceased daughter was taken to Mumbai’s JJ Hospital by the Nandurbar Police for a post-mortem examination.

The post-mortem conducted in the hospital had ruled out foul play, after which a case of suicide was registered. However, the woman’s father alleged irregularities in the probe and preserved the body instead of cremating it.

According to the father, the woman was raped by four men. The family also alleged that the police were not investigating the case properly. Her father reportedly received a call from Vavi village in August, where someone told him that his daughter’s body was found hanging from the branch of a tree. When her family reached Vavi, they found her dead.

Meanwhile, the police said that they have recovered the mobile phone communication of the deceased woman with her relative. The woman called her relative in the village and informed them that she had been kidnapped and raped by a person named Ranjeey Thackeray and his friends. She also said that they were planning to kill her.

5 ways to get SEO for job posting right