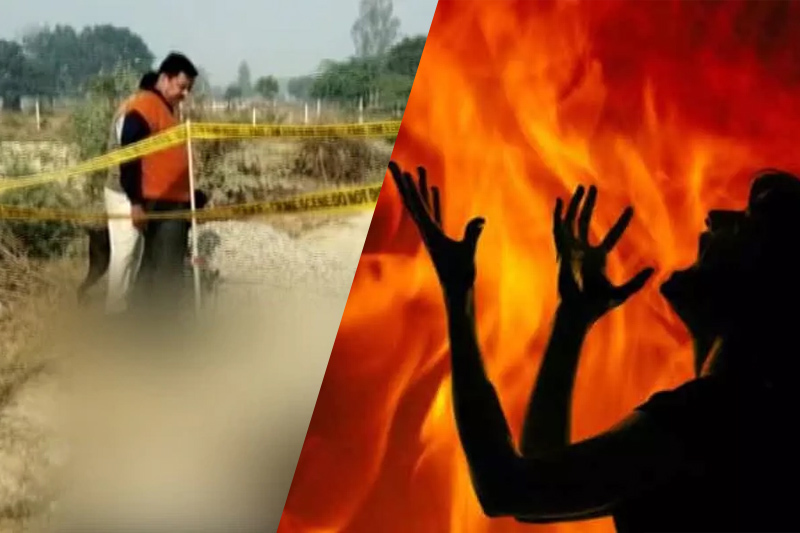 India – In a shocking incident in Uttar Pradesh (UP), India, a 15-year-old rape survivor was set on fire by the accused’s mother and sister. They poured kerosene on the girl and set her ablaze, according to the UP Police.

The minor girl was raped three months back. She became pregnant after the tragic incident. After learning about the pregnancy, the mother and sister of the accused took the minor to their house on the pretext of getting her married to the accused. However, they set her on fire.

Superintendent of Police, Kamlesh Dixit, said that the neighbours rescued the girl and took her to a hospital with critical burn injuries. She was referred to Saifai Medical College to get treatment. Police said that her condition was critical.

The victim’s mother alleged that her daughter was raped by a person, identified as Abhishek, who lives in the same village, but the girl did not reveal her ordeal to her family.

The victim’s mother discovered her daughter’s pregnancy after she took her to a doctor for a check-up after she complained of a severe stomach ache. The mother said that she did not file a report due to pressure from the village panchayat.

Reportedly, the village panchayat decided that the girl and the accused would get married. However, the mother of the accused did not want the marriage. So, they decided to kill her.

On the basis of the complaint of the victim’s mother, police have filed a case under sections 307 and 376 of the IPC (Indian Penal Code) and relevant sections of the POCSO Act.

A case has also been registered against the 25-year-old accused of rape and his mother and sister have been charged with an attempt to murder.

The mother of the accused was arrested on Saturday. The police are currently searching for the accused and his sister.

Why leaders are looking for ’emotional intelligence’