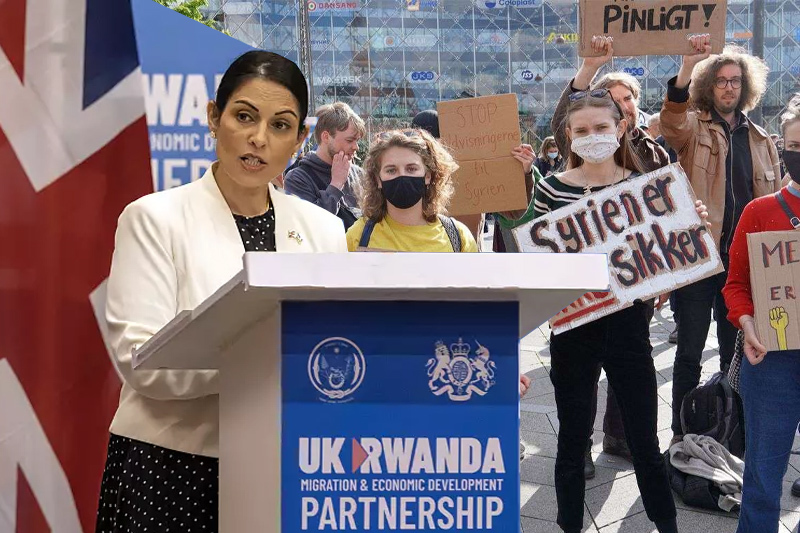 Denmark – When the leaders of Denmark’s main political parties faced each other last week in the first televised debate of the election campaign, they disagreed along familiar party lines. But there was one subject they could all agree on that united left and right: a controversial plan to transfer asylum seekers from Denmark to Rwanda.

Last year, the Danes passed a new law making such a move even possible, and in late summer, the government of center-left Prime Minister Mette Frederiksen signed an agreement with the government of Rwanda to “jointly explore” the possibility of sending “spontaneous asylum seekers.” who come to Denmark in Rwanda “for the consideration of applications for asylum and protection, as well as the possibility of settling in Rwanda”.

Although there is no formal agreement between the two countries yet, it is clear that this is the direction of the movement, since the whole scheme is very similar to the policy that the UK government is trying to implement – so far without success.

In April of this year, then British Prime Minister Boris Johnson announced an agreement with Rwanda under which people entering the UK illegally would be deported to the African country. In exchange for their acceptance, Rwanda will receive millions of pounds in development aid. Deportees will only be allowed to apply for asylum in Rwanda, not in the UK.

So why does Denmark want to send asylum seekers abroad?

The idea of ​​sending asylum seekers to a third country for consideration is not the first time Denmark has outsourced a “problem”. In April, Denmark signed an agreement with Kosovo worth 15 million euros for the detention of 300 prisoners.

All the prisoners sent to the facility near the capital Pristina are detained foreigners who are to be deported after serving their sentences.

So, in the run-up to the Danish general election on November 1, why has this particular issue united Danish politicians on the left and right? The answer is simple: voices.

“It is true that we have a Social Democrat prime minister, Mette Frederiksen, and she is currently fighting to keep this position. And the important detail is that it was relatively successful in attracting voters from the [far-right] Danish People’s Party,” she explained. Ditte Brasso Sorensen is a senior fellow at the Europa think tank in Copenhagen.