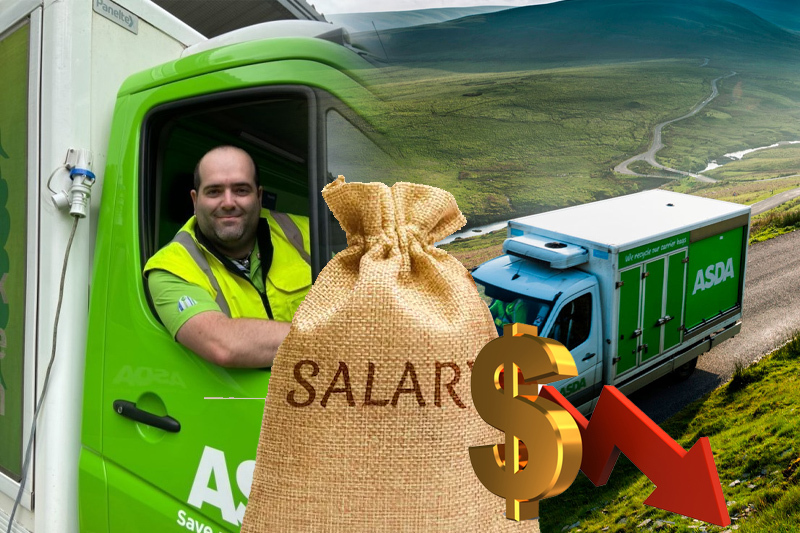 asda to cut delivery drivers’ pay by 12% despite staff shortage

UK – Asda is cutting the hourly pay of 1,500 grocery deliveries by more than 12% despite the cost-of-living crisis. The UK’s third-largest supermarket chain is waiving a £1.50 per hour surcharge introduced in the summer to help attract and retain home delivery drivers from select London stores including Charlton, Wembley and Colindale, as well as outlets in Bristol and New York. South coast.

The £10.10 an hour driver surcharge, which began in July, was promised until at least Christmas but is being canceled on 21 October.

Asda said it introduced a higher rate for drivers in these areas because they faced “higher levels of labor market challenges than average.” An Asda spokesman said the additional payments were introduced in July as a test and are being discontinued because they “did not bring the desired results.”

The cut comes as supermarkets and other retailers see a drop in online ordering as consumers resume their shopping habit after the end of pandemic-related restrictions.

It was recently revealed that some Asda employees had to skip paying household bills, take out loans, and even use food banks to get through the month due to regular payroll errors that left some underpaid by £500 or more. At the time, Asda apologized and stated that it was taking steps to ensure this doesn’t happen again.

The supermarket is forced to increase wages for workers in its stores after competitors including Tesco, Aldi and Lidl raised wages for the second time this year in response to the cost of living crisis.

In July, Asda raised wages to £10.10 an hour following a union GMB campaign that called the supermarket the lowest paid of the major chains. It has since returned to that level after Morrisons raised its £10 an hour wage to £10.20 this month and Sainsbury’s raised its hourly rate to £10.25.