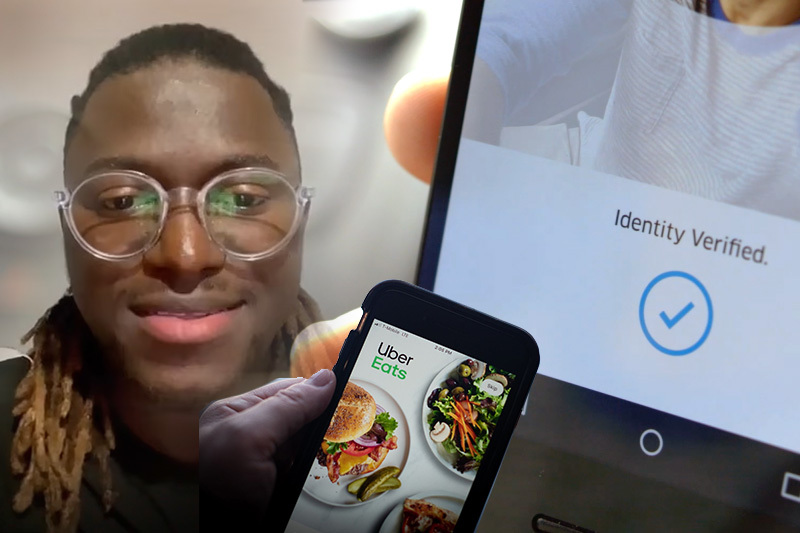 UK – A delivery driver from London is suing Uber Eats over his alleged dismissal based on racial discrimination. He claims that the facial recognition technology used by the company is “racially based” and said that the company “treats couriers as numbers rather than humans”. The former employee of Uber Eats, Pa Edrissa Manjang was employed in company from November 2019 and April 2021. He was also working as a financial assistant full time during that period.

Manjang said that when he had first started working at Uber Eats, he was not asked regularly send his pictures for purpose of verification. But he says that over time these “verification checks” became more frequent.

Manjang was dismissed by email from the company, when it claimed there were “continued mismatches between the pictures he took to register for a shift and the one on his Uber work profile”. When he asked the company to use a “human verification” for his pictures, he was sacked saying that his account was being deactivated after “careful consideration”.

Speaking about the time when he was employed in the company, Manjang said, “Anyone can tell you that working for the company isn’t good. They don’t respect or value the people they work with.”

“They don’t value us. I know that a company exists to make profits, but [Uber] proceeds in an aggressive manner. So, as a result, for the people that work for them, we are just numbers,” he added.

App Drivers and Couriers Union (ADCU) has supported the claims by Manjang that he was dismissed on basis of “racially biased facial recognition technology” and, while he was working for Uber Eats, he was “targeted for heightened and excessive facial recognition verification checks that amounted to racial harassment”.

Uber Eats had applied for striking off the discrimination claim from the case filed by Manjang. The request was denied by east London employment tribunal on Wednesday. The judge said in the ruling, “At the point of presentation there was a lack of clarity about what the processes were that had led to the deactivation. These were only brought to light in the grounds of resistance.”

A spokesperson for Uber Eats has responded, “Automated facial verification was not the reason for Mr Manjang’s temporary loss of access to his courier account. Our Real-Time ID Check is designed to protect the safety and security of everyone who uses the Uber app. The system includes robust human review to make sure that we’re not making decisions about someone’s livelihood in a vacuum, without oversight.”