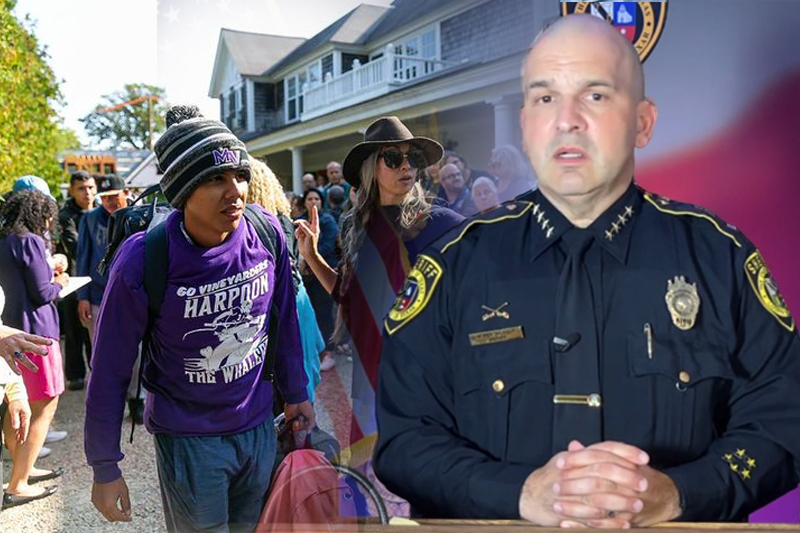 US – Bexar County Sheriff Javier Salazar said at a news conference Monday night that 48 migrants were “lured under false pretenses” off the streets of San Antonio, housed in a hotel, and taken by bus to planes that took them to a wealthy vacation island in Massachusetts.

The Texas County Sheriff’s Office has launched a criminal investigation into the flights that brought dozens of migrants from the US state to Martha’s Vineyard last week after monitors raised questions about the legality of the move.

According to the sheriff, the group, which included children, “was unceremoniously stuck in Martha’s Vineyard … just for a photo shoot.”

“What infuriates me most about this case is that we have 48 people who are already on hard times, they are here legally in our country,” Salazar, a Democrat, told reporters. “I believe they were preyed upon.”

Florida Republican Gov. Ron DeSantis, who is due for re-election in November and is seen as a possible presidential candidate in 2024, has claimed responsibility for two flights from San Antonio.

DeSantis, as well as Republican governors from Texas and Arizona, have sent migrants to Democratic-controlled cities, including two busloads of migrants that landed near Vice President Kamala Harris’ Washington, D.C., residence last week.

The campaign comes amid Republican criticism of Democratic President Joe Biden’s record number of U.S.-Mexico border crossings and the Republican Party’s push to use immigration as a rallying point ahead of the November 8 midterm elections.

Last week, DeSantis said Florida paid to bring migrants to Martha’s Vineyard because many of the migrants coming to Florida come from Texas.