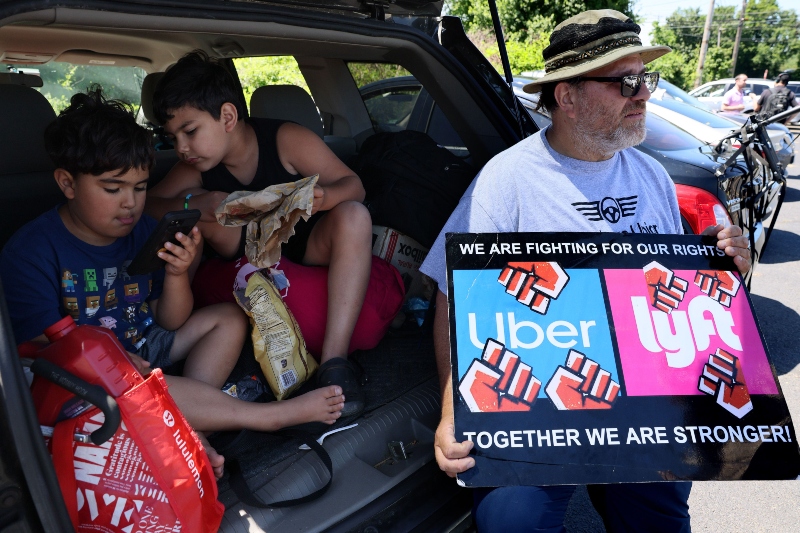 gig workers not to be categorised as independent contractors

United States – The state’s highest court ruled on Tuesday that a referendum question asking whether ride-hailing drivers should be classified as independent contractors or full-time workers was unconstitutional.

The ballot should never have been certified by the state attorney general, according to the Massachusetts Supreme Judicial Court, since it violated state law. The decision will be a setback for companies like Uber Technologies Inc. and Lyft Inc., which contributed $17.8 million to the measure’s support.

The court said, “We determine that the petitions contain at least two substantively distinct policy choices, one of which is buried in vague wording at the end of the petitions, and thus fail.” “As a result, the Attorney General’s certification of the petitions was incorrect, and the petitions may not be placed on the ballot.”

For a long time, labour activists have been vocal about the harsh working circumstances faced by ride-hailing drivers. They’ve demanded a basic minimum pay, as well as a slew of additional benefits that full-time employees enjoy. In Europe, this appears to be gaining traction.

In 2021, the European Commission drafted a proposal that echoed protestors’ concerns about such activity. If passed, it will provide millions of gig workers with the same labour protections as regular employees. The Supreme Court of the United Kingdom had previously ruled that Uber drivers are employees, not independent contractors, in a landmark judgement earlier that year.

According to a survey conducted by the gig businesses and including 400 Massachusetts-based drivers, 81 percent of workers support the ballot issue. The corporations, according to labour groups, had provided workers misleading information about the benefits of flexibility rather than the benefits of worker rights.

“We appreciate the court’s verdict today against out-of-state Big Tech CEOs’ attempt to use our laws to feed their own pockets,” the ‘Massachusetts is not for sale coalition’ said. “This initiative was both unconstitutional and harmful, as we have stated from the beginning. We’re delighted to have contributed to a broad coalition of consumers, civil rights, labour, and other groups that banded together to fight and reject this deceitful ballot proposal scam.”

This isn’t the first time that ride-hailing businesses have attempted to classify its drivers as independent contractors. To comply with state law, Uber and Lyft must classify their California-based drivers as employees, according to a California court ruling in 2020. Later, the businesses proceeded to additional states to support legislation that would categorize the drivers as independent contractors. Without a doubt, something similar will occur in another state sooner or later.