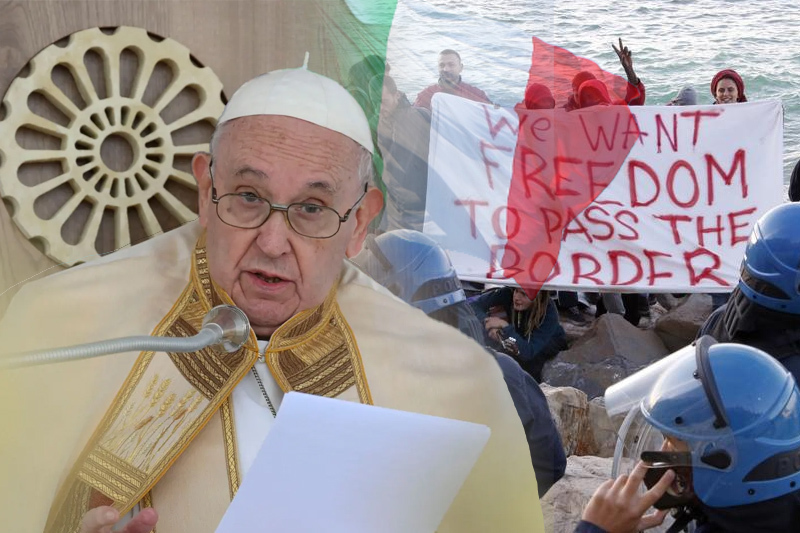 Italy – “Migrants are to be welcomed, accompanied, promoted and integrated,” Pope Francis told the assembled faithful. “Let us renew our commitment to building the future in accordance with God’s plan: a future in which migrants and refugees may live in peace and with dignity.”

Pope Francis has urged Italians to help migrants as a general election vote is expected to bring an anti-immigration right-wing coalition to power. Speaking at the end of an open-air Mass in the southern Italian city of Matera, the Pope recalled that Sunday coincided with World Catholic Migrant and Refugee Day.

Francis did not directly mention elections, but his message was heard loud and clear across the country as millions of Italians lined up to elect a new government.

Migration has been a central campaign theme for far-right parties led by Brothers of Italy leader Giorgia Meloni, who could become the country’s first far-right leader since Mussolini and once said Italians needed to “repatriate migrants return to their countries and then sink the boats that saved them.”

This summer, Meloni and another leader of her coalition, Matteo Salvini, a former interior minister who took high-profile steps to block the arrival of asylum seekers in Italian ports, took a stand against the refugees, which they called fake and feigned the arrival of people. seeking asylum in Italy as an “invasion”.

This is not the first time the Pope has criticized far-right parties and their anti-immigration stance. Francis has previously been critical of former U.S. President Donald Trump and the “new culture of defending territories by building walls” that has “brought so much headache and so much suffering.” He also called on Hungary to “reach out to everyone” in an apparently veiled critique of Viktor Orban’s anti-migrant policies.

Last year, after returning from a trip to Lesbos, a Greek island long at the center of the European refugee crisis, Francis attacked Europe, citing its indifference and cynical disdain as people continue to die on sea crossings.