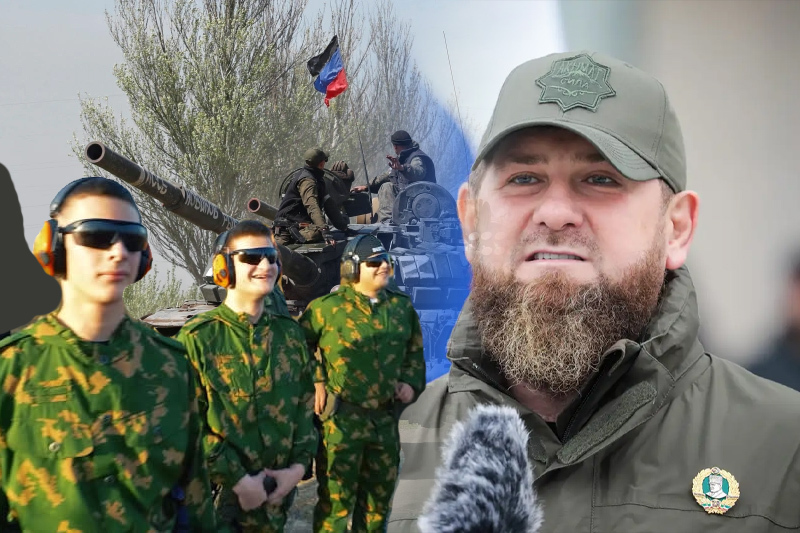 Chechnya – Chechen leader Ramzan Kadyrov says his three sons, aged 14, 15 and 16, will soon be sent to the front lines in Ukraine to fight Russian forces.

Kadyrov is a strong ally of Vladimir Putin, although he has recently been critical of the Russian military leadership. On social networks, he wrote that a father should teach his sons how to protect their family, people and fatherland.

In a lengthy post on messaging app Telegram, Kadyrov said his sons’ military training began when they were much younger and it was time for them to experience real combat.

He also targeted those “empty-talkers” who claimed that the Chechen leader’s relatives did not take part in the military operation in Ukraine.

The post was accompanied by an elaborately filmed video of his sons firing various weapons at a firing range.

Some ridicule the Chechen forces in Ukraine for being more focused on uploading glossy videos to social media than engaging in frontline combat.

Kadyrov has been in charge of the southern Russian republic since 2007, when Vladimir Putin appointed him president of the region. It was a period of relative stability in Chechnya, which struggled unsuccessfully for ten years for independence. But Kadyrov has been criticized for ruling with an iron fist and allowing human rights violations to flourish.

Kadyrov is a fierce supporter of Vladimir Putin, and Chechen forces have been fighting in Ukraine since the beginning of the war. However, after recent military setbacks in the Kharkiv and Donetsk regions, he criticized the Russian military leadership, calling one commander “incompetent” and lamenting the lack of basic logistics.

He also called on Russia to take tougher measures against Ukraine, including the use of tactical nuclear weapons. The Kremlin responded that such decisions should not be made on emotions.