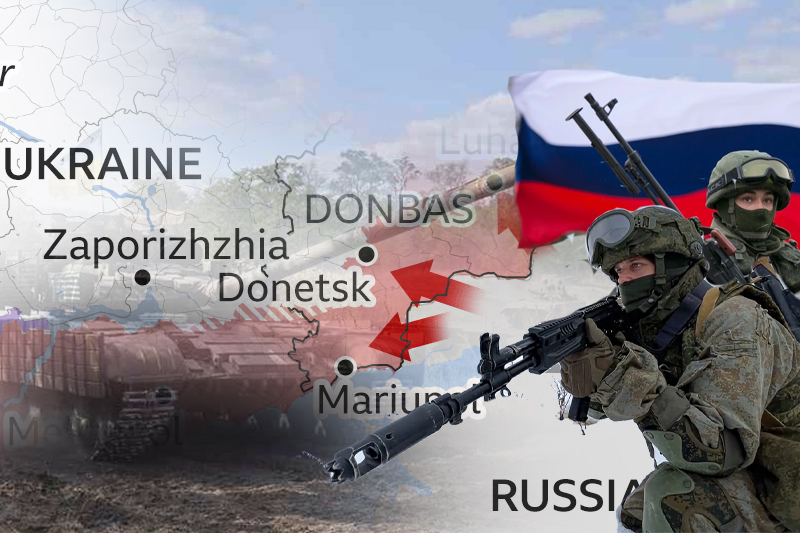 Ukraine – Russian cluster bombs can be heard falling on the fields, setting fire to crops that stand with their heads bowed, waiting for a crop that is unlikely to ever come.

The National Guard holds the territory of Donbas in eastern Ukraine – the territory that Vladimir Putin has called the main one for his military purposes. According to him, this will happen “in stages.” But so far, Russian progress has been reduced to nothing. Here, in the Donbas, and further north, on the outskirts of Kharkiv, Ukraine’s second city, the country’s forces are preparing for a counteroffensive.

Kherson is the only city captured by Russian troops west of the strategically important Dnieper River. The same troops are now moving into action, supporting forces that have breached Russian positions in at least three places in a long-planned counter-offensive in the south. Strict Ukrainian reporting restrictions apply during the operation.

In Lischansk and Severodonetsk, the number is much smaller. The fights here don’t come in such large numbers. The Russians are no longer advancing in battalion groups – they are advancing in a platoon or detachment. The commander of one unit explained that in the field there is one person for three opponents. In Severodontesk it was one to seven.

The shelling in this area is constant but at a distance. But instead, there is a more immediate threat – anti-personnel mines. Even at the observation posts, they are ready for self-defense if the Russians cross the river.

In a nearby village, most of the residents left their homes after the Russians smashed the houses with artillery. But those who remained proudly say that they are Ukrainians. They are not “nationalists”, they say they believe in Ukraine and the Armed Forces.

According to the Ukrainian commander-in-chief, General Valery Zaluzhny, about 9,000 Ukrainian soldiers have died since the start of the war. Individual losses and injuries are kept in the strictest confidence.