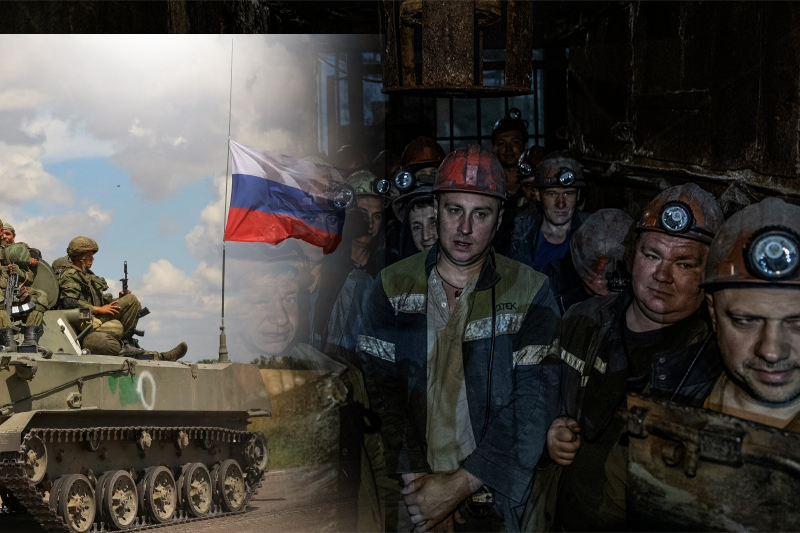 Ukraine – After Russia’s failure to take the capital Kyiv earlier this year, fighting since April has focused on Ukraine’s industrial east and agricultural south.

As the bitter struggle for control of eastern Ukraine between the Ukrainian and Russian armies continues, miners nearby continue to fight in the bowels of the earth to bring coal to their country.

Near Pavlohrad, a city in east-central Ukraine, 4,000 workers work at the so-called Heroes of Space mine, founded 43 years ago when the country was still part of the USSR.

About 800 people have been mobilized into the Ukrainian army, and the front line is only 150 kilometers away, as the defense against the Russian army is now in its seventh month.

However, despite the war, officials maintain that the mine’s production has not been affected. As Alexander Oksen, the 42-year-old head of the mine, says, each in his place, but they are with them at the front in spirit.

From the outside, the building looks like a university campus. But 370 meters down, in the elevator shaft, the situation is completely different.

The heat is suffocating and the air is filled with dust. Legend has it that the mine is home to a ghost who helps the workers. But even here they are haunted by war.

Miners must turn in their phones at the start of each shift. This means they are unaware of the latest information, including possible explosions that could hit their families and friends until they return to the surface six hours later.

After diving into the tunnels, the workers are transported in wagons for 3.6 kilometers before they walk through a narrow tunnel where rusty metal cages contain stone walls.

In the tunnel, a conveyor belt carries the coal to carts that transport it to a lift and then to the surface, where it is transported to the power plants.