Deterioration of individual freedoms and human rights in the Philippines, a dangerous tunnel 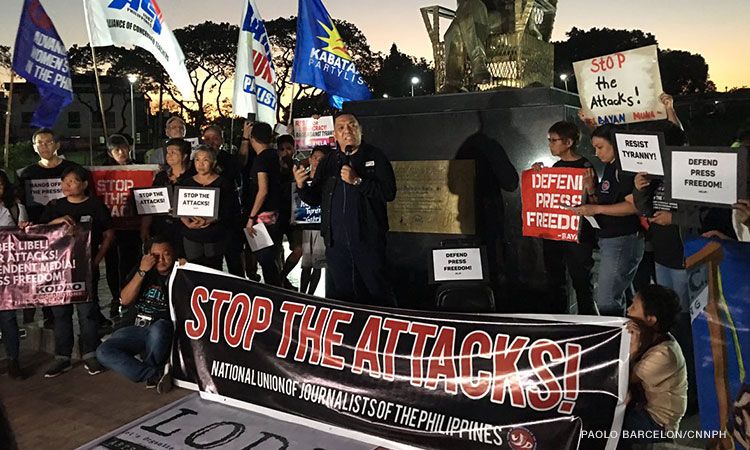 the UN experts have been urging the Philippine government to take concrete measures against extrajudicial executions, including those of children, disabled people, indigenous peoples, trade unionists, and representatives of non-governmental organizations.

Human rights in the Philippines are waste paper. The alleged war on drugs has created a climate of total impunity in the country, which has led to an impressive number of killings by the police, including human rights defenders. That was underlined by UN experts who have requested an independent investigation by the Human Rights Council into violations in the Philippines.

For three years, the UN experts have been urging the Philippine government to take concrete measures against extrajudicial executions, including those of children, disabled people, indigenous peoples, trade unionists, and representatives of non-governmental organizations.

Many freedoms and respect for human rights are under even increasing threats In the #Philippines of #Duterte https://t.co/Uj8M7dyHMK

This climate has also led to arbitrary detentions, cases of torture and inhuman and degrading treatment, sexual violence against women. Experts point out that in many of these accidents the perpetrators belong to the armed forces, paramilitary groups, or people related to them. And all of this is just the tip of the iceberg. There are also attacks and threats against voices critical of the government, in particular independent media, lawyers, and journalists.

UN experts also note that the President of the Philippines, Rodrigo Duterte himself, has publicly intimidated human rights defenders, the UN special rapporteurs, and even the Supreme Court judges. She has publicly made degrading judgments against women with sexist statements and incited violence. “He also threatened to bomb schools of the indigenous peoples of the island of Mindanao,” UN experts insisted.

The latest serious sign in order of time is Manila’s decision to withdraw from the International Criminal Court. That is the latest of many actions that show that the government is trying to evade control and reject accountability, UN representatives said. Also, highlighting repeated and personalized attacks against independent international bodies.

„We expect the #Philippines like all countries to uphold its international human rights obligations and to protect and promote fundamental freedoms. EU Trade Commissioner had clearly communicated our concerns to his counterpart in Manila."
–@JuttaUrpilainen, EU Commissioner pic.twitter.com/drh3Uu7PpA

The World Communion of Reformed Churches (WCRC), which brings together more than 225 churches in over 110 countries, is close to the Filipino people affected by a worrying deterioration of civil liberties and human rights. The WCRC said, on the occasion of an international web-meeting, hosted by the National Council of Churches of the Philippines. On that occasion, the participants released a joint declaration “of unity for the protection and promotion of human rights in the Philippines.”

“We are alarmed because the current anti-terrorism law poses serious threats to civil liberties.” The declaration continues, stating that it is a law that legitimizes illegal arrests and detentions, and that undermines justice, the regularity of trials, and individual protection. All principles that, until recently, were guaranteed by the Philippine Constitution. The proliferation of extrajudicial executions, including the killing of thousands of people in the war waged to combat “drugs and terrorism” is a reprehensible action. “We are worried – it says – about the climate of impunity that it is generated. For the blatant incitement to violence advocated for appeals to the police to punish any form of dissent raised by citizens.”

Way cool! Some extremely valid points! I appreciate you writing this post plus the rest of the site is really good.