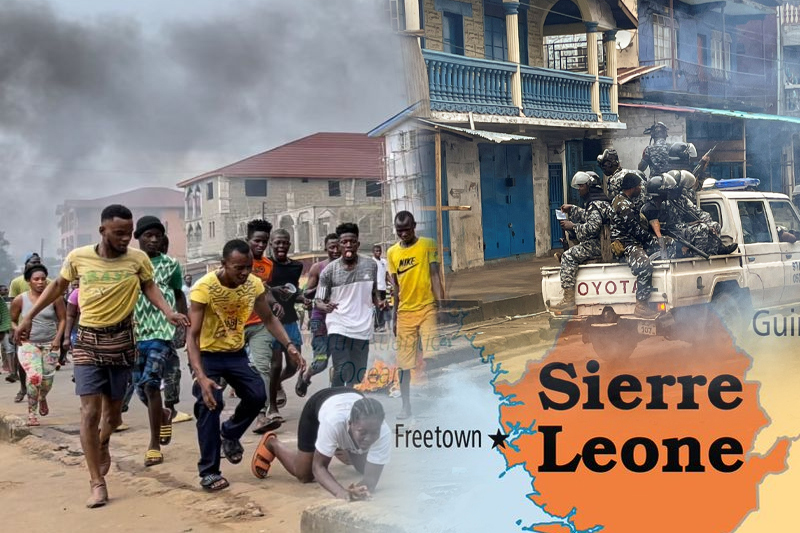 Sierra Leone – Eight police officers were killed during violent anti-government protests in Sierra Leone on Wednesday. Also, at least 21 civilians were killed in different parts of the country.

On Wednesday, hundreds of demonstrators took to the streets of the capital of Freetown, protesting against inflation and the rising cost of living in this West African country. The protests became violent. Photos and videos of beaten and seriously injured protesters and some members of the security forces could be seen on social media. Security forces were also seen firing at citizens.

Bangura said he could not immediately confirm the number of civilians killed or injured in the violent demonstrations, – “We are yet to know how many people were injured, but I can confirm that eight police officers were killed.”

According to some reports, at least 21 civilians were killed in various parts of the country. It was also reported that 13 people were shot dead in Freetown, and eight more people were killed in the cities of Kamakwi and Makeni, citing sources in hospitals.

Youth Minister Bangura called the protests an “act of terrorism”

“Those are not protesters. There’s a difference between protest and riot and acts of terrorism. Protesting is different from acting as a terrorist…going against the state, killing young police officers,” he said.

However, Freetown Mayor Yvonne Aki-Sawyerre, who is one of the leading politicians in the main opposition APC party, condemned the violence.

In an emotional video posted on Wednesday, Aki Sawyer called for an end to the violence and said: “It’s not about the party, it’s about the people.”

The mayor added that, along with the steering committee of religious leaders, she prayed for peace and national unity in Sierra Leone.