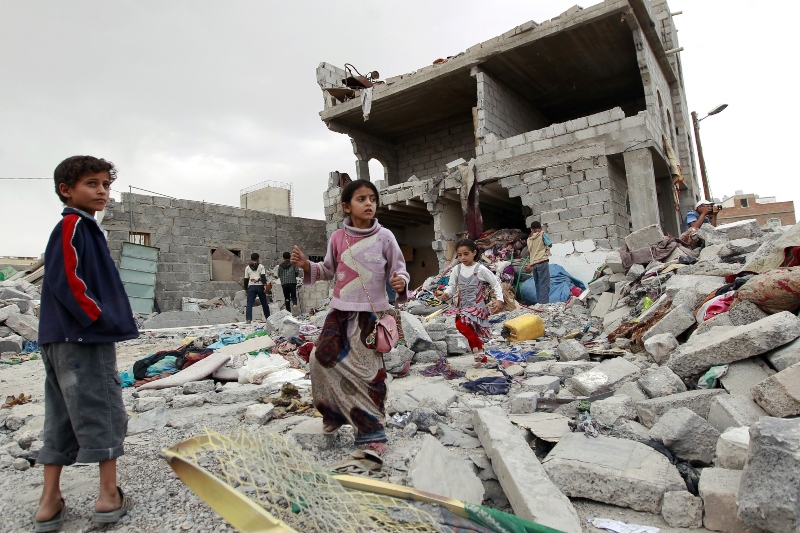 The conflict has displaced more than 4 million people

The ongoing conflict has displaced more than 4 million people in Yemen. Many people have died because of Yemen’s war between Iran-backed Houthi rebels and government forces backed by a Saudi-led military coalition.

Human rights violations committed by the Houthi militia against civilians have increased rapidly in Yemen. Mine explosions near homes, schools, and markets have been a daily occurrence in Yemen.

Recruitment of children to fight battles

Houthis recruited children to fight battles for them. Many children have died in Amran, Hodeida, Ibb, Saada, and Sanaa during fights. According to the United Nations, 2,000 children recruited by Houthi rebels died on the battlefield between January 2020 and May 2021.

According to the UN, more than 17.4 million Yemenis are food insecure. Many people in Yemen are deprived of basic food needs. The conflict has driven up hunger levels in the country.

Acute malnutrition among children under 5

There has also been a rise in acute malnutrition among children under 5 years. Children are facing hardships including cholera and malnutrition. It is a result of inadequate food supply.

No education for children

In 2021, around two million children were forced to drop out of school due to conflict and poverty in the country. Some 8.1 million children need emergency education assistance across Yemen.

These are the top 7 facts about human rights violations in Yemen. What do you think about Yemen’s ongoing crimes against humanity?