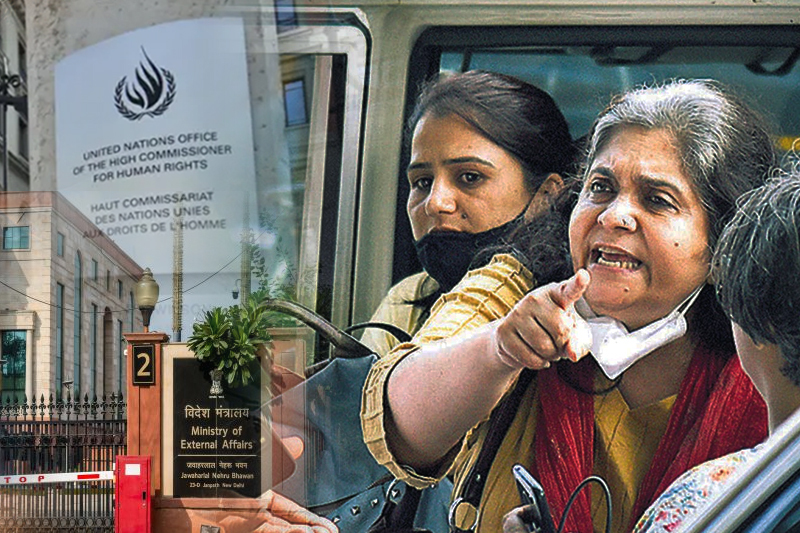 India – The arrest of Teesta Setalvad and two other people was deemed “totally unnecessary” and an interference with India’s autonomous legal system by the Ministry of External Affairs (MEA) a day after the UN Office of the High Commissioner (OHCHR) for Human Rights voiced concern.

The Office of the High Commissioner for Human Rights (OHCHR) commented on legal action against Teesta Setalvad and two other people, according to MEA official spokeswoman Arindam Bagchi. The OHCHR’s comments are wholly unjustified and amount to meddling with India’s independent legal system.

Authorities in India strictly follow established judicial processes when dealing with legal infractions. According to Bagchi, it is inaccurate and inappropriate to characterize these legal actions as persecution for advocacy.

The Gujarat government agreed to create a Special Investigation Team (SIT) last Sunday to look into the involvement of Setalvad, Sreekumar, and retired IPS officer Sanjiv Bhatt in the 2002 Gujarat riots. The SIT will be led by the state’s Anti-Terrorism Squad DIG Deepan Bhadran.

According to a senior police official, a FIR was filed against Setalvad, Sreekumar, and retired IPS officer Sanjiv Bhatt for providing false testimony in relation to the riots in Gujarat in 2002. Social activist Teesta Setalvad and former Gujarat DGP RB Sreekumar have been remanded to the Ahmedabad crime branch for questioning until July 2.

In a case filed against them on many accusations, including forgery and criminal conspiracy, Seetalvad and Sreekumar received remand. In a previous interview with ANI, Union Minister Amit Shah claimed that Teesta Setalvad’s NGO had given the police false information concerning the riots in Gujarat in 2002.

In connection with a case involving her NGO, the Gujarat Anti-Terrorism Squad (ATS) team detained Setalvad from Mumbai on Saturday. Later that evening, she was transported to Ahmedabad.

Teesta Setalvad was brought to the Santacruz police station by the Gujarat ATS team. Zakia Jafri’s appeal, which questioned the SIT’s clean bill of health given to Narendra Modi, the former chief minister of Gujarat, and others in cases relating to the riots, was dismissed as “devoid of merit” by the Supreme Court on Friday.