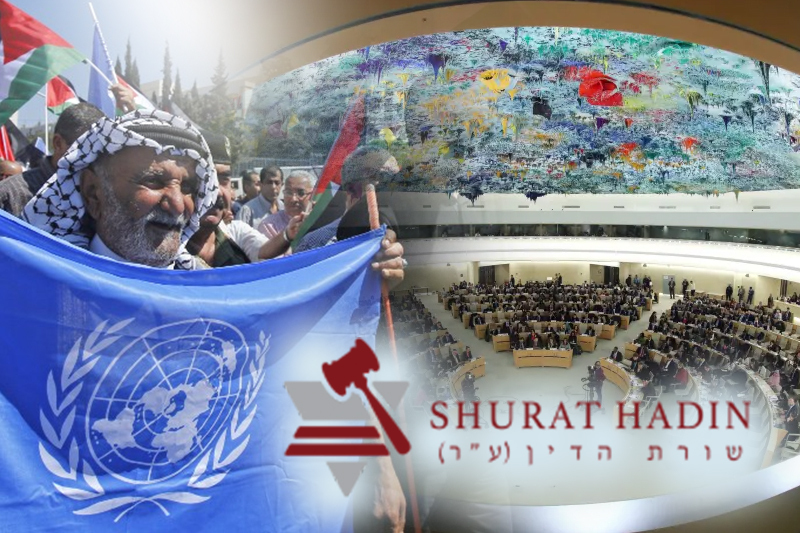 how shurat hadin is accusing unhrc for favoring

Israel – An Israeli organization has gone to lengths to brand the United Nations HR Council (UNHRC) as a hate organization. In a letter that it has sent to America’s Deborah Lipstadt, the special envoy for antisemitism, Shurat HaDin said the UNHRC is an “inherently antisemitic organization” and that it is working to delegitimize Israel by “reviving the banner of ‘Zionism is racism’.”

It has branded the UNHRC as an organization that harbours antisemitic feelings for its probes into Israeli abuses of Palestinians.

Shurat HaDin has now asked Lipstadt to open an investigation of the UN body to monitor its actions and “irrational targeting” of Israel. It has been repeatedly reported as to how Israeli authorities have been using various arm-twisting tactics to abuse and demean the Palestinian community living in Israel. This includes various human right abuses which have been shadowed and reported by innumerable human right’s groups.

Earlier this year, the UN special rapporteur on human rights in the occupied Palestinian territories also submitted a report to the UNHRC that concluded that Israel’s treatment of Palestinians amounts to apartheid.

The latest has been to force lawyers to receive special permission from the Israeli government to represent Palestinian NGOs which are being suspected as indulging in terror funding and the likes.

Last year, the UNHRC agreed to launch an investigation with a broad mandate to probe all alleged violations Israel had committed against Palestinians following its May 2021 offensive on Gaza, which killed at least 260 Palestinians and 13 people in Israel. Israel stated that it would not cooperate with the probe, rebuking the investigation and saying the UN body was unfairly biased against Israel.

Ironically, Shurat HaDin says that his organization isn’t affiliated with the Israeli government. But in a leaked US diplomatic cable from 2007, Darshan-Leitner told US officials that “in its early years” Shurat HaDin “took direction from the GOI [Government of Israel] on which cases to pursue”.